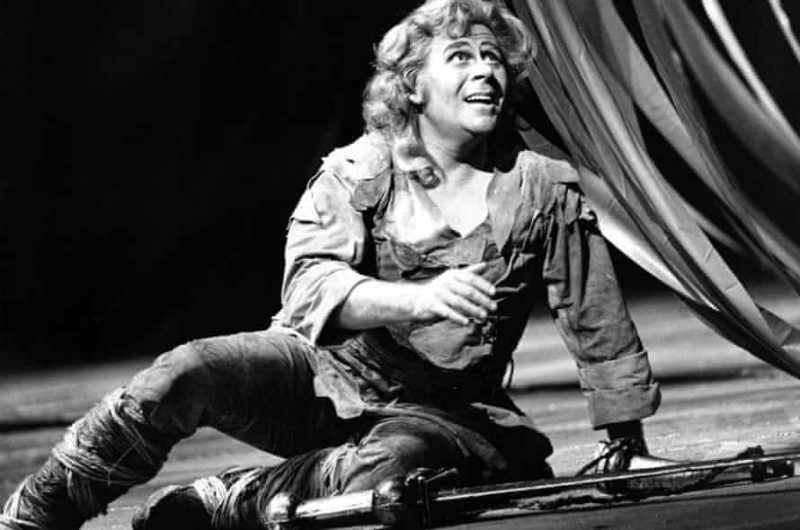 Remedios was born in Liverpool and began his working life as a docker, but studied singing with Edwin Francis, who also taught Rita Hunter, and then at the Royal College of Music under Clive Carey.

He sang a wide variety of roles with the Sadler’s Wells Opera—the forerunner of English National Opera—including Alfredo in La traviata, the title role in Gounod’s Faust, Samson in Saint-Saëns’ Samson and Delilah, Bacchus in Ariadne auf Naxos and Max in Der Freischütz.

He is especially remembered for his performances in Wagner, especially as Siegfried in the Glen Byam Shaw production of The Ring, conducted by Reginald Goodall. These performances were recorded in 1973, preserving Remedios’ partnerships with Norman Bailey as Wotan and Rita Hunter as Brünnhilde.
He was also memorable as Walther von Stolzing in the ground-breaking 1968 Sadler’s Wells Mastersingers, also conducted by Reginald Goodall.

Most remarkable of all was the occasion when Remedios, despite a slight chest infection, and due to the illness of another singer, played the roles of both Siegmund in Die Walküre, the title role in Siegfried, and also Siegfried in Götterdämmerung, within a complete cycle of the Ring during one week, these being at the Empire Theatre, Liverpool performances of the tour.

Remedios sang the role of Mark in the first recording of Tippett’s The Midsummer Marriage.

Remedios’s genial nature and interest and support of rising singers have enhanced this reputation. He is a great Liverpool F.C. supporter.

Remedios performed in many of the world’s leading operatic venues, including the Metropolitan Opera in New York, Seattle, Frankfurt, San Francisco and Buenos Aires. In 1981 Remedios was appointed as a CBE. He has lived in retirement in Australia since 1999.

His brother Ramon also had a singing career as a tenor; on at least one occasion they were both in some performances by English National Opera of The Mastersingers.