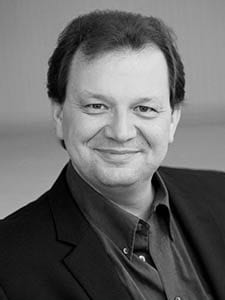 Burkhard Fritz German tenor  was born in 1970 and studied at the Johannes Brahms Conservatory in his native Hamburg. He attended the master class of Alfredo Kraus and from 2000 to 2006 pursued further studies with Arturo Sergi. After his first permanent engagement, with the Bremerhaven Stadttheater, he was until 2004 a member of the ensemble of the Musiktheater im Revier in Gelsenkirchen, where he sang numerous lyric rôles, with Max in Der Freischütz and Parsifal, achieving great success as Berlioz’s Benvenuto Cellini.

He was a guest artist with the Aalto Theater in Essen in rôles including Florestan, and with the Oldenburg Staatstheater he sang the title rôle in Idomeneo. Since the 2004/05 season he has been a permanent member of the ensemble of the Staatsoper Unter den Linden in Berlin, where he sang Parsifal under the baton of Daniel Barenboim as well as Florestan, Dimitri in Boris Godunov, Cavaradossi, and Alvaro in La forza del destino.

Guest engagements have taken him to the Tiroler Landestheater in Innsbruck and the Hanover Staatsoper, and in Rotterdam and Amsterdam he sang Faust in Berlioz’s La damnation de Faust under Valery Gergiev. He made his Vienna Staatsoper début in 2006 as Parsifal. In concert he has appeared in, among other works, Schoenberg’s Gurre-Lieder in Stuttgart and in Beethoven’s Ninth Symphony under Daniel Barenboim.