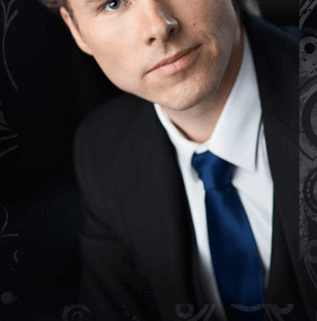 Recognised internationally and across North America, tenor Colin Ainsworth has built his reputation based on exceptional singing, impeccable diction and a diverse range of repertoire. He is eagerly sought out for his interpretations of operas ranging from Monteverdi to the contemporary works of MacRae and Britten.

He made his critically acclaimed debut with Royal Opera and the Edinburgh International Festival. In the world premiere of Stuart MacRae’s opera The Assassin Tree as Youth. Also praised was his debut with the Greek vlational Opera singing Orphée in Clucks Paris version of Orphée et Eurdice, a role he reprised with Opera Atelier under Andrew Parrott. He made his L´Opéra Frangais de New York debut as Castor in Castor and Pollux, conducted by Yves Abel, and joined the Montreal Baroque Festival for Monteverdi’s L’Orfeo.

Recent CD releases include Vivaldi’s La Griselda (Ottone) for Naxos, Schubert Among Friends with Gerald Finley, Gloria In excelsis Deo with Tafelmusik, and the premiere recording of Derek Holman’s cycle The Heart Mislaid for the Aldeburgh Connection’s Our Own Songs disc.