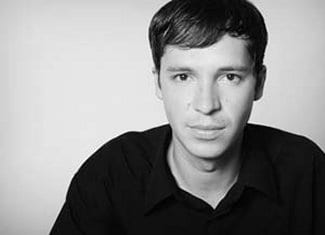 The German baritone, Cornelius Uhle, was a member of the Dresdner Kreuzchor and sang as a boy treble soloist. He studied singing at the Hochschule für Musik Carl Maria von Weber in Dresden with Professor Christiane Junghanns and Kammersänger Olaf Bär (Lied class).

In 2005, Cornelius Uhle made his debut as Figaro at the Lusatian Summer of Opera festival. In 2007, he sang the main role in the premiere of W. Krätzschmar’s Schlüsseloper, and Papageno in W.A. Mozart’s Die Zauberflöte in 2008-2009. He has a busy concert schedule, singing throughout Germany and specializing in oratorio and lieder. He has a particular interest in the interaction between historically-informed performance practice and contemporary music. His singing career also includes a close collaboration with a wide range of ensembles and festivals, various concert tours, and CD and radio recordings.