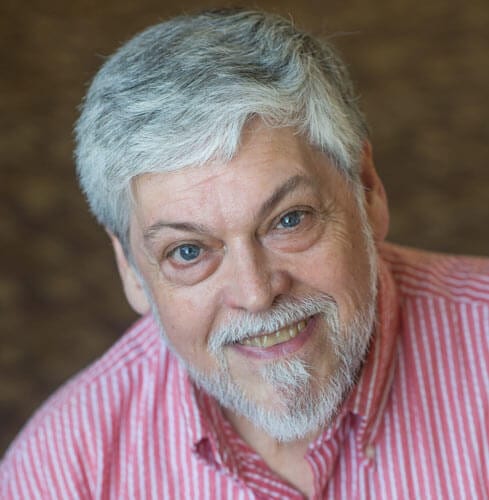 Dana Talley was a winner of the 1978 Metropolitan Opera Auditions, and in the same year won the San Francisco Opera Auditions, the Sullivan Award, and the Beethoven prize, as well as a grant recipient of the National Opera Institute and the Martha Baird Rockefeller Fund for music and a winner in six other national and international competitions, including the Puccini Voices International Competition and Voci di Verdi in Bussetto, Italy.

In the early 1970’s he began his career on Broadway with the musical, The Student Prince and continued as an Equity and AFTRA actor for 20 years.

In February of 1979, Dana made his Metropolitan Opera debut in Verdi’s Don Carlo, and subsequently appeared as a principal tenor with the company, in 23 roles and over 350 performances. Concurrently, he debuted in Carnegie Hall in the title role of Judas Maccabaeus and appeared in the Carmel Bach Festival, and with the Paris Radio Orchestra in the title role of Hindemith’s Mathis der Mahler, in addition to performing with  the Philadelphia Orchestra, the Detroit Symphony, the New York Philharmonic, the Seattle Symphony, and with the Mormon Tabernacle Choir as tenor soloist in Handel’s Messiah, which was aired internationally on PBS for ten straight seasons and 13 other symphony orchestras. He performed The Verdi Requiem with 16 symphonies including Detroit, Rochester, Spokane, Springfield (MA), Mormon Tabernacle Choir, and on the 75thanniversary of the composer’s death in his hometown of Bussetto, Italy. Opera galas with Bulgarian State Orchestra, Chicago, Cleveland, Boston, San Francisco, National Symphony Orchestra, Minnesota, Atlanta, Dallas and Seattle orchestras.

He also performed with the New York City Opera, the Chicago Lyric Opera, San Francisco Opera, Munich Opera, Arena di Verona, La Fenice in Venice, and other opera companies in Italy, and with many regional companies and symphonies throughout the United States and Canada.  Dana has performed throughout Europe and Russia with over 100 opera performances in Italy. His final appearance with the Live from the Met TV series was January, 2001.

As a duo, Dana and Sue Talley performed over 2300 solo recitals and concerts throughout the U.S.  They have given Master classes at 58 colleges since 1973 and recorded 19 albums of opera and song literature. Dr. Talley was co-founder of Russia for Jesus, supporting missionary work in Russia and Albania. And has ministered in more than 2,000 churches, Billy Graham Institute, Maranatha! Music, Pensacola Theological Institute, Fairhaven Bible Conference, and Eternal Word Television Network. He has been director of Vocal studies at Siena Summer Music in Siena, Italy.  He has been on the faculty of Nyack College, New York City, since 2000.