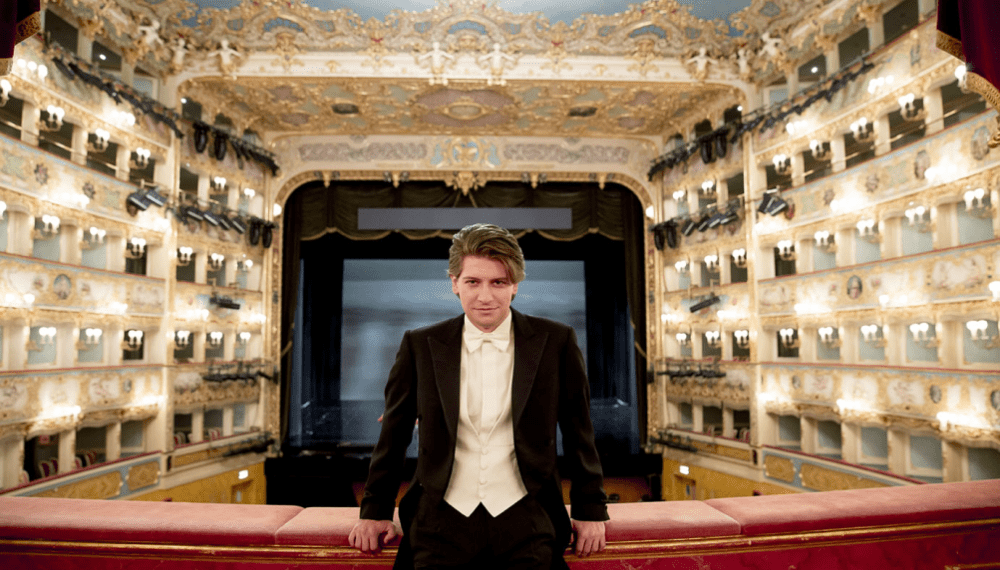 Daniele Rustioni (born 1983) is an Italian conductor.Rustioni was born in Milan, and studied piano, organ, and composition at the Milan Conservatory. He sang in the boys choir of the Teatro alla Scala in his youth. He studied cello for 3 years, and later piano and organ.

Daniele Rustioni studied conducting under Gilberto Serembe at the Milan Conservatory and under Gianluigi Gelmetti at  the Accademia Musicale Chigiana. Whilst at the Royal Academy of Music in London, his mentors included Gianandrea Noseda, who gave him the opportunity to make his debut as a conductor with the orchestra of the Teatro Regio in Turin in 2007.

For 2008–2009, Daniele Rustioni was a Jette Parker Young Artist at the Royal Opera House, Covent Garden. He then became an assistant conductor to Antonio Pappano at Covent Garden, and served in the post for 3 years.  Rustioni made his U.S. debut in July 2011 conducting Cherubini’s Médée at the Glimmerglass Festival.

In March 2015, the Opéra national de Lyon announced the appointment of Daniele Rustioni as its next principal conductor, effective September 2017. In January 2019, the Ulster Orchestra announced the appointment of Rustioni as its next chief conductor, effective September 2019,  following 3 prior appearances as guest conductor with the orchestra.

Daniele Rustioni is married to the Italian-American violinist Francesca Dego. The couple have together recorded violin concertos of Paganini and Wolf-Ferrari for Deutsche Grammophon, where the recording of the Wolf-Ferrari violin concerto was taken from the UK premiere performance in Birmingham, with the City of Birmingham Symphony Orchestra.  For Sony Classical, Rustioni has recorded music of Giorgio Federico Ghedini,  and an album of opera arias with Erwin Schrott.

Daniele Rustioni studied at the Giuseppe Verdi Conservatory, Milan, and at the Royal Academy of Music. In 2007 he made his orchestral debut with the Teatro Regio Torino Orchestra, and in 2008 his operatic debut conducting La bohème for Teatro Regio Torino.

Daniele Rustioni is Principal Conductor of the Orchestra della Toscana and Music Director of the Teatro Petruzzelli, Bari. He has conducted such other orchestras as the Orchestra of the Accademia Nazionale di Santa Cecilia, BBC Philharmonic, London Philharmonic and Helsinki Philharmonic. His discography includes a recording with Erwin Schrott for Sony Classical, and his awards include Best Newcomer at the 2013 Opera Awards.