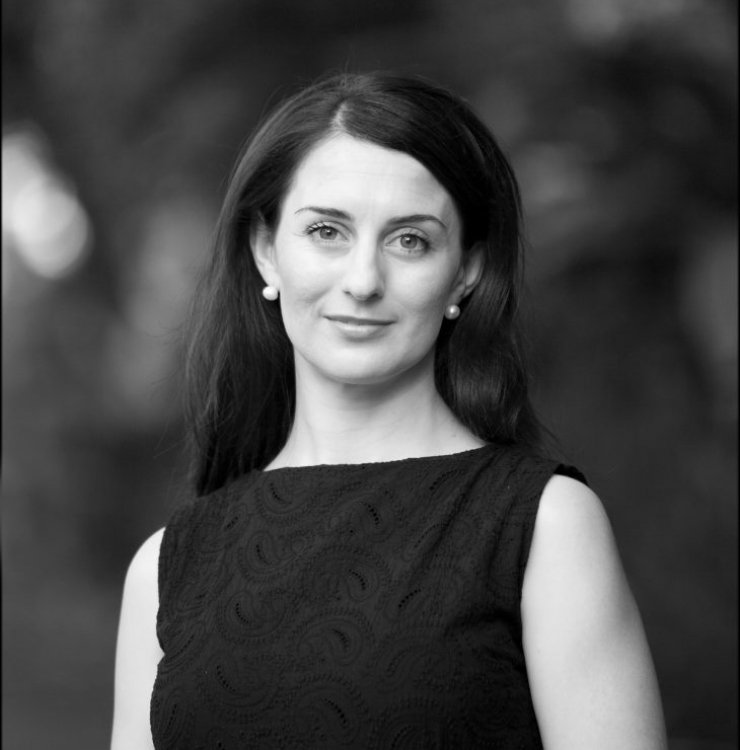 Award winning and versatile soprano, Elena Xanthoudakis is an expressive performer whose enthusiastic reviews speak of her captivating and engaging performances.

Especially memorable is Elena Xanthoudakis’s Pamina, voiced with shining tone and a fine appreciation of the music’s lyrical contours.
The Guardian (The Magic Flute – ENO – 2012)
But it is the women that steal the show – and one woman in particular. Elena Xanthoudakis as Gilda is dazzling. The role has the potential to be a dull stock character – a naïve female victim. But Xanthoudakis has it all: the adolescent playfulness of the Duke’s daughter, the youthful terror of the adult world she’s been thrust into and, above all, the notes.…..It was and is an opera well worth seeing, if only to catch a rising star in Elena Xanthoudakis.
Limelight Magazine (Rigoletto – Opera Queensland 2014)
Repertoire can be found here: Operatic, Oratorio, Lieder and Art Song

A list of Awards, Scholarships, Eisteddfodau and Competition Prizes can be found here

She has performed in various concert and recitals in Australia and abroad, including in St Petersburg at the Hermitage, Hong Kong, Montreal, Salt-Lake City, throughout Tuscany and the Abruzzo regions in Italy and performances have included a ‘Schubertiade’ recital in Wiesbaden, Germany.

With support from the Cheltenham Rotary, Elena was able to undertake studies in the young artists program at Teatro del Maggio Musicale Fiorentino, in Florence, Italy from April to July 2004 where she performed ‘La Contessa di Folleville’ in Rossini’s Il Viaggio a Rheims.

Other operatic roles include Anne Truelove in Stravinski’s ‘The Rakes’ Progress’ performed in collarboration with VCA opera and OzOpera, Leila in Bizet’s ‘The Pearl Fishers’ and Pamina in ‘The Magic Flute’ with Opera Melbourne.

In 2005, as well as completing her Masters at the Guildhall School of Music and Drama with distinction, Elena received the Third place and the special prize for the ‘Best interpretation of the set piece’ – a contemporary composition, at the Montreal International Competition for Voice 2005. She took part in chorus in Britten’s ‘Peter Grimes’ with the Berlin Philharmonic and Sir Simon Rattle and Sir Trevor Nunn in Salzburg. Whie only 2 months at the GSMD Elena auditions for the Royal Opera and though still studying was offered to cover the role of Ismene in Mozart’s ‘Mitridate, Re di Ponto’ for the Royal Opera House Covent Garden. She also as covering the role of Sister Constance in ‘The Dialogue of the Carmelites’ for ENO and auditioned for Sir Charles Mackerras who chose her for the following seasons at ENO.  She also performed Dido in ‘Dido and Aeneas’ by Purcell in Bath.

2006 saw Elena performing Rossini’s ‘Petite Messe Solennelle’ in Montreal aswell as playing ‘Krista’ in The Makropulos Case with Sir Charles Mackerras for ENO and covering ‘Dalinda’ in Handel’s ‘Ariodante'(ENO). Elena also sang Frasquita for the Longborough Festival Opera in June. 2006 continued in great style as Elena was proclaimed the winner of the International Mozart Competition in Salzburg August 2006, and then Elena toured a ‘Mozart Arias’ program with the Melbourne Symphony Orchestra in Australia throughout October. In December/January 2006/7 she made her debut at the Royal Opera House Covent Garden playing ‘Frasquita ‘in Carmen.

In 2007, Elena performed ‘Miss Schlesen’ in Satyagraha for ENO in April and ‘Xenia’ in Boris Godunoff in Strasbourg for Opera National du Rhin in June. This was followed by solo recitals in Japan in July and recorded Mendelssohn’s Lobgesang with Tasmanian Symphony Orchestra in August.  While in Australia she performed in ‘Marvellous Mozart’ at BMW Edge with the Melbourne Musicians and featuring her brother clarinetist Jason Xanthoudakis. Other performances included Handel’s Messiah in Dunblane Cathedral in December. Elena then sang Frasquita at ENO and to finish the year she returned to the Royal Opera House over Christmas and New Year to play ‘Clorinda’ in La Cenerentola – Rossini with Kozena.

In 2008 started with Clorinda La Cenerentola at the Royal Opera House, Covent Garden, shortly followed by a return to the Royal Opera house as Frasquita. Elena sang Iris in Semele at St John Smith Square and Adina in The Elixir of Love for Victorian Opera (Australia) as well as concerts in Quebec City, Melbourne and in Scotland. 2009 performances included  Blonde The Abduction from the Seraglio for Opera North, Adina for Scottish Opera, concerts in Sydney and Hobart and her debut in the London Promenade concerts season in Patience with Sir Charles Mackerras at the Royal Albert Hall.  She also completed a two month tour in Raymond Gubbay’s Strauss Galas  throughout the UK and in Ireland.

2010 saw Elena perform Amor in Gluck’s Orfeo ed Euridice at St John Smith’s Square, return to the English National Opera and the Royal Opera House, Covent Garden, perform both Euridice and Genio in Haydn’s ‘L’anima del Filosofo’ ossia ‘Orfeo’ for Pinchgut Opera (Sydney) and she made her debut in the title role of Lucia di Lammermoor for Opera de Quebec, Canada; as well as concerts in Poland, Melbourne and for the Accademia di S.Cecilia in Rome with Antonio Pappano. Engagements in 2011 include Lisa and the title role in La Sonnambula at the Royal Opera House, Covent Garden, Jemmy Guillaume Tell for the BBC Proms, and gala concerts in the UK, Poland and Australia. She also covered Diana Damrau as Countess Adele Le Comte Ory for The Metropolitan Opera, New York.

In 2012, she performed in concert with the Scottish Chamber Orchestra around Scotland in their New Year’s ‘Old Vienna’ Concerts and then in Beethoven’s Mass in C with Louis Langree.  This followed a tour to Australia to release the CD’ The Shepherd  and the Mermaid’ with TrioKROMA and concerts with ‘Opera in the Market’. Other performances in 2012 include Clorinda La Cenerentola for the Glyndebourne Festival and Pamina in The Magic Flute for the English National Opera to glowing reviews; as well as in ‘Carmina Burana’with the Oxford Philomusica, and  Orchestral Songs by Delius  at the English Music Festival.
2013 performances included a return to the British Music Festival to sing Sullivan’s Golden Legend and her return to the Metropolitan Opera to cover both Gilda in Rigoletto and Countess Adele in Comte Ory, as well as singing First Niece in Peter Grimes for the  Accademia di Santa Cecilia in Rome. Recent performances include Gilda in Opera Queensland’s new production of Rigoletto for which she received exceptional reviews, the title role in Lucia di Lammermoor for Winslow Hall, September 2014, again to enthusiastic acclaim. Elena has performed in a series of concerts with the Royal Philharmonic Orchestra, as well as recitals and concerts in London, including a ‘Winter Prom’ at St John Smith Square in December 2014 where she performed Mozart’s rarely performed masterpiece, the concert aria “Ch’io mi scordi di te” Op 505 with concert pianist Jayson Gillham and orchestra. Other performances included performing in a Gala Tribute concert for Maria Callas in the Herodion Atticus at the foot of the Acropolis, Athens with the Greek National Opera. Up coming engagements include another Maria Callas Gala this time at the Al Bustian festival in Lebanon as well as a two bel Canto style operas, to be announced.