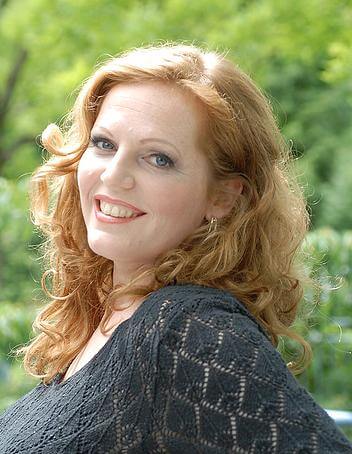 Eva-Maria Westbroek has become one of the most acclaimed and widely-recognized classical singers in the world today. She has appeared in nearly all of the great opera houses and festivals in the world including the Bayreuth and Aix en Provence Festivals, Covent Garden, Royal Opera, Opera National de Paris, the Metropolitan Opera, Vienna State Opera, Deutsche Oper Berlin, Teatro alla Scala in Milan, Semperoper Dresden and Bavarian State Opera in Munich. Eva-Maria Westbroek soprano born 1970

Highlights of season 2013/14 included Sieglinde under Sir Simon Rattle at Deutsche Oper Berlin, then gave her debut as Isolde in Tristan und Isolde together with her husband Frank van Aken as Tristan at Semperoper Dresden. At Berlin State Opera she performed the title role in Katya Kabanova and at the Festspielhaus Baden-Baden Manon Lescaut, both conducted by Mo Rattle. Gran Teatro del Liceo in Barcelona has invited her to perform Sieglinde and she joined Mo Christoph von Dohnány to sing Four Last songs with Philharmonia Orchestra in London.

Eva-Maria started season 2014/15 with Lady Macbeth of Mtsensk at the Metropolitan Opera followed by Maddalena in Andrea Chénier at the Royal Opera House in London. At Metropolitan Opera in New York she is scheduled to perform Santuzza in Cavalleria Rusticana and is reinvited to Peralada Festival for Desdemona in Otello.

The Dutch soprano studied at the Royal Conservatory of The Hague. Her vocal teachers included Iris Adami Corradetti and the American tenor James McCray. She was a prize winner at an international competition in Rome, which allowed her to give her professional debut with the role of Tosca at age 25 at Teatro Manzoni in Rome. She also was a laureate at the Angelica Catalani Concours and the Santa Maria Ligure Concours.

From 2001 to 2006 the soprano was a company member of the Staatsoper Stuttgart where she performed roles such as Carlotta in Die Gezeichneten, Tosca, Emilia Marty, Desdemona in Otello, Donna Anna in Don Giovanni, Marie in The Bartered Bride and The Duchess of Parma in Doktor Faust. She was awarded the title of Kammersängerin der Staatsoper Stuttgart.

In 2006 Eva-Maria Westbroek sang for the first time in North America. She performed Jenufa with Chicago Symphony Orchestra. In the same year she made a triumphant debut at the Netherlands Opera with her Lady Macbeth of Mtsensk, followed by her debut at the Royal Opera, Covent Garden in the same role. At the the Teatro alla Scala in Milan she gave her debut as Hanna Glawari in The Merry Widow. Ms. Westbroek sang her first Sieglinde in Die Walkuere at the Aix en Provence Festival under Simon Rattle conducting the Berlin Philharmonic.

At Salzburg Easter Festival she appeared in this production again. She subsequently gave her debuts at Bayreuth Festival, at San Francisco Opera and at Metropolitan Opera as Sieglinde as well. She was happy to sing Sieglinde in Valencia, in Frankfurt and in a number of concert performances with Mo Rattle and the Berlin Philharmonic.

At the Opera National de Paris she gave her debut as Mme Lidoine in Dialogues des Carmelites and was invited to sing Chrysothemis in Elektra, Elisabeth in Tannhauser, Lady Macbeth of Mtsensk and her first performances of the Kaiserin in Die Frau ohne Schatten.

In Brussel Eva-Maria Westbroek sang Leonora in La Forza del Destino in 2008 and gave her debut in the same role at Vienna State Opera, followed by her debut at the Bavarian State Opera as Chrysothemis, where she performed Jenufa as well. Moreover Ms. Westbroek is happy to return frequently to the Royal Opera House, where she performed roles such as Elisabeth in Tannhauser, Sieglinde, the title role of Lady Macbeth of Mtsensk and Minnie in La Fanciulla del West.

It was in London as well where she gained international praise for the world permiere of Turnage’s Anne Nicole. Ms. Westbroek sang the title role of Zandonai’s Francesa da Rimini at the Monte Carlo Opera and at the Metropolitan Opera in New York, sang for the first time at the Teatro Real in Madrid the role of Lady Macbeth of Mtsensk and performed her first Manon Lescaut at the Theatre Royale de La Monnaie in 2013.

Eva-Maria Westbroek’s honors and awards include among others the first prize from the Dutch VSCD Classical Music in the category ‘Most Impressive Individual Artistic Achievement’.

Since spring 2014 she has been Ambassador for Musicians without Borders and happy to engage herself in this social project.