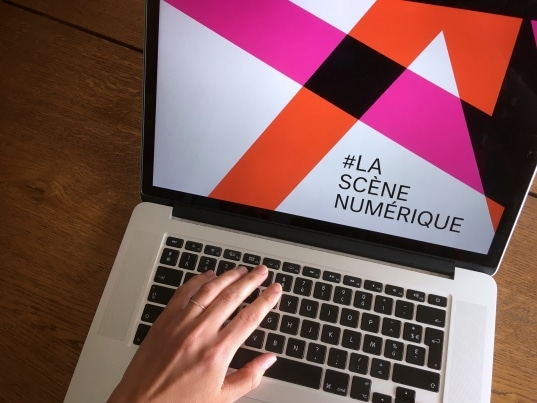 From the 6th to the 15th July, the Festival d’Aix awaits you for a 10 day online festival filled with operas, concerts, debates and interviews, all of which will be freely available online on #THEDIGITALSTAGE, the Festival’s new video channel!
6—15 JULY 2020
10 DAY FESTIVAL
100% ONLINE AND FREE!

The 2020 edition of the Festival d’Aix-en-Provence has not been cancelled: it has simply been suspended. The productions are being postponed, but the sets are already coming to life in the workshops at Venelles, and certain teams will be rehearsing as of this summer, in compliance with national health regulations.

Most of the Académie’s residencies and the Mediterranean Youth Orchestra sessions will be maintained, with the support of new technologies. Passerelles, the Festival’s socio-artistic and educational department, will be continuing its mission. The focus this year will once again be on rehearsals, artistic creation, performances, and the transmission of culture—the four pillars of the performing arts—in a vast artistic fabric with Aix-en-Provence at its centre.

The energy of guest artists has remained intact, as has their commitment to bringing their works to life for audiences. We thus needed to adapt our programme, in collaboration with the artists; to make the staging lighter without sacrificing the ambition or the diversity of the content; and to play with various constraints in order to invent a different relationship with the audience. Thus, with over 100 major figures involved (excluding members of the orchestras), this edition will be proceeding its own way. Elsewhere, and differently. With this scène numérique—this digital stage—we wanted to offer you a glimpse of this edition, and to rethink the meaning and the purpose of the Festival so that we may better prepare its future.

From Monday 6 July to Wednesday 15 July, #thedigitalstage will be offering a daily schedule of four events, available in part on Arte and France Musique, and in their totality on the Festival website, via a dedicated channel and through the Festival’s social networks. Each day will be organized around a specific theme.

In the early evening (at 7 p.m.), a recital or concert will be broadcast, most of which will come from the edition’s original programme, but in a revised form and with a revamped content in order to transform their relationship with the audience. There will be a wide range of formats, aesthetics and repertoires.

Performances will include: the Balthasar Neumann Ensemble at the Théâtre de l’Archevêché, in an homage to Beethoven and to Mozart (an emblematic figure for this venue); the London Symphony Orchestra from its London studio, with a Franco-American programme dedicated to the people of Aix; and Sabine Devieilhe, Jakub Józef Orliński, Christian Gerhaher, Magdalena Kožená—accompanied by Sir Simon Rattle—and the Trio Sōra.

Then, at 9 p.m., there will be a rebroadcast of one of the Festival’s flagship productions, introduced by one of its artists—e.g., Waltraud Meier for Elektra (2013), Robert Carsen for A Midsummer Night’s Dream (2015), and Catherine Malfitano for Tosca (2019).

At noon, a panel discussion, with Pierre Audi, will give leading figures from this edition—Sir Simon Rattle, Kaija Saariaho, Susanna Mälkki, Thomas Hengelbrock, Simon Stone, Barrie Kosky, Amin Maalouf, Simon McBurney, Katie Mitchell and Leonardo García Alarcón—the opportunity to talk about the state of their professions and about artistic creation in general, in the very complicated circumstances throughout the world today.

Lastly, an early morning broadcast will highlight the day’s artistic events (including one of Patrice Chéreau’s last interviews, about Elektra) and a series of reports covering a variety of Festival activities this summer, as well as rehearsals, set installations and lighting tests, and digital residencies of the Académie and the Mediterranean Youth Orchestra—all proving that life goes on.