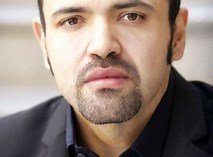 A native Texan, the young tenor Hugo Vera is described as possessing a “truly heroic voice” that is both “beautiful and brilliant.” Increasingly in demand and a recent addition to The Metropolitan Opera artist roster, Mr. Vera has performed 34 roles and 20 choral orchestral works with distinguished companies in the US as part of his musical and artistic development of the full lyric and spinto tenor repertoire.

Hugo Vera began the New Year singing Manrico (Il Trovatore) with the Minnesota Concert Opera. In February of 2013, Mr. Very made his Carnegie Hall solo debut performing Gregory Singer’s Funeral Processional, which was conducted by the composer. Upcoming includes Alfredo (La Traviata) with Center City Opera, a return to the Piccolo Spoleto Festival to perform the role of Azael in Debussy’s L’enfant Prodigue with the Charleston Chamber Opera and solo recitals in Texas and Pennsylvania.

He has expanded his core repertoire with cover assignments of significant roles comprising Stiffelio, Duke of Mantua (Rigoletto), Jacopo Foscari (I due Foscari), and Sam (Susannah).

The 2011-2012 Season saw Hugo Vera in a return to The Metropolitan Opera for various assignments including Abdallo (Nabucco), he returned to Spoleto USA, made a company debut with the distinguished Pittsburgh Opera singing Cavaradossi (Tosca), made a company and role debut with Center City Opera Theater in Philadelphia singing Neruda (Il Postino), and returned to Neue Eutin Festspiele in Germany for a role debut singing Ishmael (Nabucco).

The 2010 -2011 Season included noteworthy roles and company debuts with performances of Radames (Aïda) for Opera Memphis and Trin (La Fanciulla del West) for The Metropolitan Opera. Assignments in the 2009-2010 Season for Mr. Vera comprised a cover of Kedril in Janáček’s From the House of the Dead for The Metropolitan Opera, a reprise of Rodolfo (La bohème) for Shreveport Opera, a role debut as Werther for Winter Opera of St. Louis, several concerts, and a role and company debut singing Haydn’s Philemon (Philemon and Baucis) for the celebrated festival, Spoleto USA

As a concert artist, Mr. Vera has successfully performed works ranging from the cantatas of J.S. Bach to the works of Britten, Tippett and Vaughn Williams. Of the oratorio/concert repertoire Mr. Vera has sung Verdi’s Requiem, Vaughn William Mass in G minor, Schubert’s Mass in G, Orff’s Carmina Burana, Mendelssohn’s Elijah, Haydn’s Lord Nelson Mass, Handel’s Messiah, and various works of Beethoven including the Choral Fantasy, the Mass in C, Missa Solemnis, and the great Symphony No. 9. He has had the pleasure of performing both Bach’s Magnificat, as well as, the celebrated Mass in B minor.

Recognized as a significantly talented young singer, Hugo Vera enjoyed the privilege of training with several noteworthy young artist programs including the Brevard Music Center, the Tanglewood Music Festival, Aspen Music Center, Chautauqua Opera, The Lyric Opera of Kansas City, The Minnesota Opera, and Glimmerglass Opera . He received a Bachelor of Music from the University of Utah in Salt Lake City and earned a Master of Music and Doctorate of Musical Arts – both with Honors – from the University of Kansas.