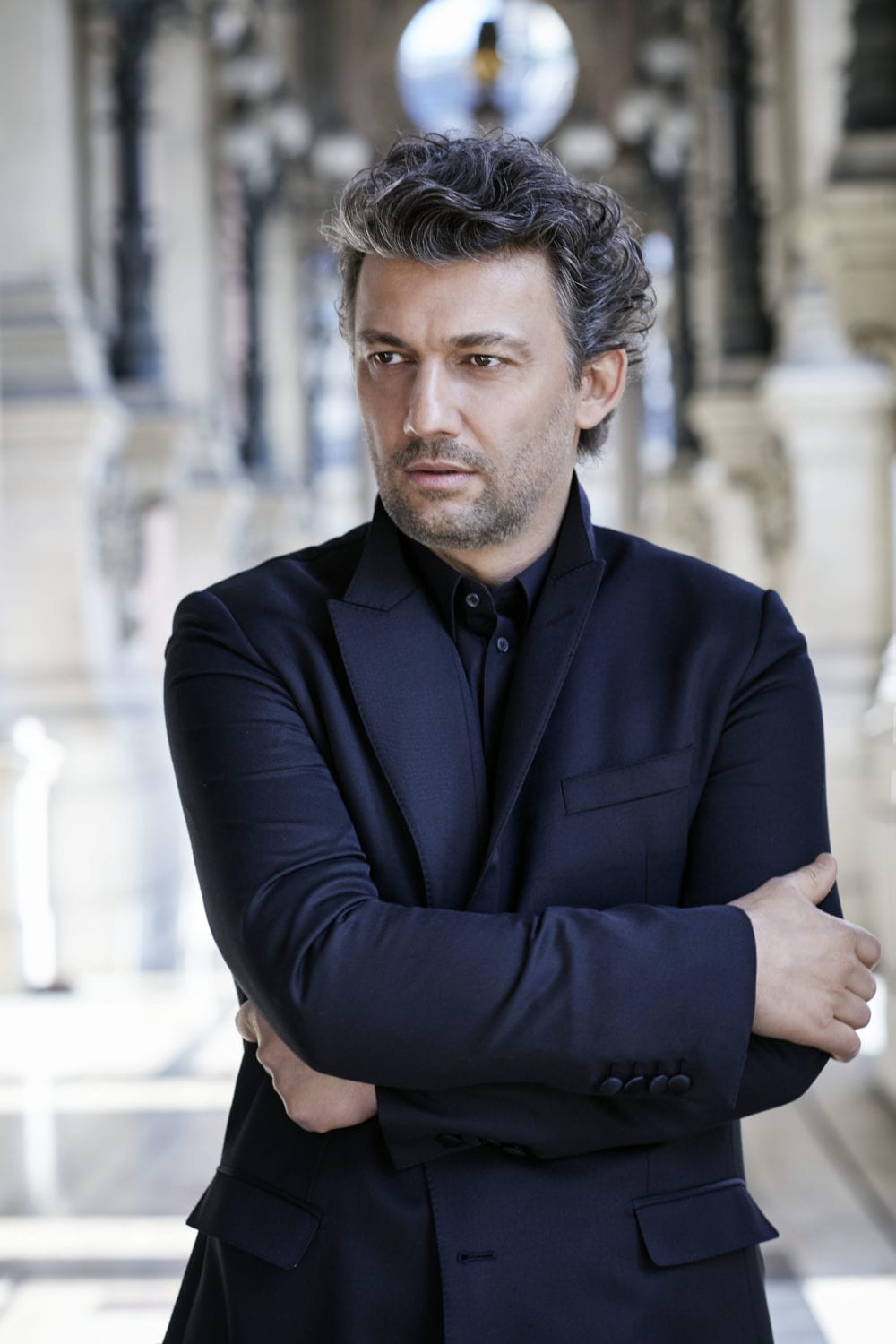 Jonas Kaufmann (born 10 July 1969) is a German operatic tenor. He is best known for his performances in spinto roles such as Don José in Carmen, Cavaradossi in Tosca, Maurizio in Adriana Lecouvreur, and the title role in Don Carlos. He has also sung leading tenor roles in the operas of Richard Wagner with success in Germany and abroad, most notably the Metropolitan Opera in New York.  He is also an accomplished Lieder singer.  In 2014 The New York Times described Kaufmann as

“a box-office draw, and… the most important, versatile tenor of his generation.”

Kaufmann was born in Munich. His father worked for an insurance company, and his mother was a kindergarten teacher. He had one older sister. He started studying piano when he was eight, and he sang in his elementary school choir. Although he studied for mathematics entrance exams, in the summer of 1989 he began his vocal training at the University of Music and Performing Arts Munich. While studying, he sang some small roles at the Bavarian State Opera. He graduated from school in 1994 achieving distinctions both in opera and concert performances.

In 1995, after a vocal crisis, Kaufmann received help from American baritone Michael Rhodes who taught him a “new way of singing” and how to become “more relaxed in my voice and in myself.”  In Kaufmann’s book Meinen die wirklich mich? he said, “To find a Michael Rhodes that can really help you and bring you to success is really a great stroke of luck.”

He began his professional career at Staatstheater Saarbrücken in 1994  and was soon invited to make debuts in German theaters such as the Stuttgart Opera and Hamburg State Opera, as well as international debuts at the Lyric Opera of Chicago, Opéra National de Paris, and La Scala. He made his Salzburg Festival debut in 1999 in a new production of Busoni’s Doktor Faust and returned there in 2003 as Belmonte in Mozart’s Die Entführung aus dem Serail and for concerts of the Beethoven’s Ninth with the Berlin Philharmonic.

In 2008/9, he performed Manon in Chicago opposite Natalie Dessay and in the title role of a new production of Lohengrin at the Bavarian State Opera. He also sang Lohengrin at the Bayreuth Festival opening night performance of the 2010 season; the production was staged by Hans Neuenfels and conducted by Andris Nelsons.

His debut recording with Decca, Romantic Arias, was released in January 2008. He has also recorded a Schubert song cycle on the same label and the role of Pinkerton in Madama Butterfly for EMI.

In January 2010, he assumed the title role in Jules Massenet’s Werther at the Opéra Bastille; the performance was recorded and released on DVD in November 2010.

In April 2011, he returned to the Metropolitan Opera as Siegmund in director Robert Lepage’s new production of Richard Wagner’s Die Walküre the second part of his much larger work Der Ring des Nibelungen, scheduled to be presented in its entirety during the 2011/12 season.  In September 2011, he underwent surgery to remove a lymph node from his chest.  In December, he was back, performing the title role in Gounod’s Faust.

On February 15, 2013, Kaufmann made his first appearance in the title role of Parsifal at the Metropolitan Opera. His performance received rave reviews from critics. In July of that year he was named a Kammersänger of the Bavarian State Opera by the Bavarian Ministry of Arts and in December sang the role of Don Alavaro in Verdi’s La forza del destino with the company.

In February 2014 Kaufmann sang the title role in Massenet’s Werther at the Metropolitan Opera. He followed this by touring with the Schubert Winterreise song cycle with Helmut Deutsch.  In June 2014 he made his debut in the role of Des Grieux in Puccini’s Manon Lescaut at the Royal Opera House in London.  That November he sang the same role in another production of Manon Lescaut at the Bavarian State Opera.

On February 23, 2016, the documentary Jonas Kaufmann: An Evening With Puccini is scheduled to release in select theaters in the United States. The film centers around Kaufmann’s 2015 performance at La Scala Milan and will feature rare footage.