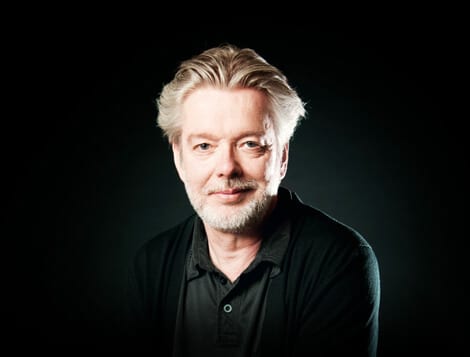 Jukka-Pekka Sarastre for the 2010/2011 season, has been appointed chief conductor of the WDR Symphony Orchestra in Cologne. He was born in Lahti, Finland and trained as a conductor from was born in Lahti, Finland and trained in airigeni no, Sibelius Academy. Before and during his conducting studies he was the second violinist for the Finnish Radio Symphony. In 1983, together with Esa-Pekka Salonen, he started the chamber orchestra ”Avanti!”, Which specializes in modern music – where his courage to choose new and exciting music has given him great recognition.

Jukka-Pekka Saraste was trained as a violinist. He later studied conducting at the Sibelius Academy with Jorma Panula in the same class as Esa-Pekka Salonen and Osmo Vänskä. Before becoming a conductor, Saraste was co-principal second violinist and later an associate to Leif Segerstam, with the Finnish Radio Symphony Orchestra (RSO).

In 1983, Esa-Pekka Salonen and Jukka-Pekka Saraste co-founded the Avanti! Chamber Orchestra, which specialises in performances of contemporary music. In 2000, Saraste also founded the Ekenäs Summer Concerts-Festival with the Finnish Chamber Orchestra, and he is currently the artistic advisor to both Festival and Orchestra. Saraste has directed the Finnish Chamber orchestra on several tours, including tours in the United States and China.

In 1987, Jukka-Pekka Saraste became the chief conductor of the RSO, and held the position until 2001. In 1987, he also became the principal conductor of the Scottish Chamber Orchestra and remained with the orchestra until 1991. Saraste now holds the title of Conductor Laureate of the RSO. He has twice recorded the complete symphonies of Jean Sibelius with the RSO.

Jukka-Pekka Saraste became Music Director of the Toronto Symphony Orchestra in 1994. The later years of his tenure were marked by strife over the orchestra’s financial difficulties, several musicians’ strikes, and his unsuccessful efforts to improve the acoustics at Roy Thomson Hall. During the 1999 labour dispute, Saraste had offered to serve as mediator in the situation.  Saraste stepped down from his Toronto post in 2001, and has since returned to Toronto for several guest appearances.

From 2002 to 2005, Saraste served as the principal guest conductor of the BBC Symphony Orchestra. In August 2006, he became Music Director of the Oslo Philharmonic, with an initial contract of 5 years. In June 2009, his Oslo contract was extended through the 2012–2013 season.  He is scheduled to conclude his Oslo tenure after the 2012–2013 season.

Jukka-Pekka Saraste was awarded the Finnish State Prize for Music in 2000. He has received a Doctor honoris causa from York University (Toronto), and he is a Sibelius Medalist. Other honours also include the Sibelius Prize, awarded in Norway.