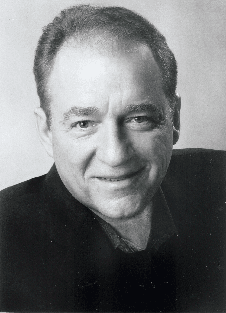 Hailed as one of opera’s most versatile baritones, Kim Josephson is a regular guest of leading opera companies, including the Metropolitan Opera where, since 1991, he has performed more than 230 performances of 24 roles including the title role in Rigoletto, Germont in La Traviata, Enrico in Lucia di Lammermoor, and Belcore in L’Elisir d’Amore to name a few. He has also appeared at the Lyric Opera of Chicago, most notably as Eddie Carbone in the world premiere of William Bolcom’s A View from the Bridge and, from the standard repertoire, Rigoletto, Germont, Sharpless in Madama Butterfly, and Marcello in La Boheme.

Elsewhere in the United States, he has appeared with the Seattle Opera as Rigoletto, Jack Rance inLa Fanciulla del West, Minnesota Opera as Scarpia in Tosca, Houston Grand Opera, Baltimore Opera, Cincinnati Opera, Connecticut Opera, the Spoleto Festival, U.S.A., Sarasota Opera, and Tulsa Opera. In Canada, he has appeared with the Vancouver Opera and Opera Hamilton. In Europe, he has appeared on the stage of Vienna State Opera as the Count di Luna in Il Trovatore , Germont, Enrico, Belcore, and Marcello. He has also performed in Japan on tour with the Metropolitan Opera.

Notable upcoming appearances include his debut with the Washington National Opera as Eddie Carbone, return to the Cincinnati Opera as Renato, and debut with the Fort Worth Opera in the title role of Falstaff

Mr. Josephson’s interpretation of Eddie Carbone in the world premiere of A View from the Bridge is available on CD from New World Records. He has also appeared on television in four broadcasts from the Metropolitan Opera, all available on video recording: La Fanciulla del West, Arabella, Carmen, and Billy Budd