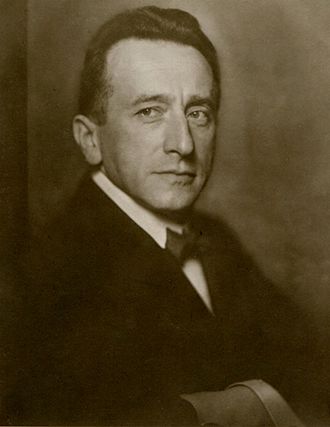 Who is perhaps most famous for his work at the Königliches Opernhaus (later the Berlin State Opera / Staatsoper Unter den Linden) from 1906 to 1937, and later as the conductor of Berlin’s Städtische Oper from 1949 to 1953. Blech was known for his reliable, clear, and elegant performances, especially of works by Wagner, Verdi, and Bizet’s Carmen (which he conducted over 600 times), and for his sensitivity as an accompanist.

Blech was born to a Jewish family in Aachen, Rhenish Prussia. After attending the Hochschule in Berlin where he studied piano with Ernst Rudorff and composition from Woldemar Bargiel, he studied privately with Engelbert Humperdinck.

After working briefly in sales, he landed a position conducting at the Stadttheater Aachen in 1893. From 1899 to 1906, he conducted at the Neues Deutsches Theater in Prague before moving to the Königliches Opernhaus in Berlin. In 1913, he was promoted to General Music Director. Between 1923 and 1926, he took various positions at opera houses in Berlin and Vienna, including the Deutsches Opernhaus, the Volksoper Berlin and the Vienna Volksoper. In 1926 he returned to the Staatsoper unter den Linden, where he remained until Adolf Hitler’s antisemitic policies forced him in 1937 into exile in Riga, where he conducted the Latvian National Opera and Ballet Theatre.

With an eye to Blech’s substantial German and foreign reputation, Hermann Göring, then Hitler’s second in command, issued an order to Major Karl Heise, head of the Schutzpolizei in Riga in September 1941, to issue an exit visa to Blech for neutral Sweden, making him the only Jewish survivor in Riga to escape as a result of such high-level intervention.

During and after World War II, Blech conducted at the Stockholm Royal Opera. In 1949, he returned to Berlin to conduct at the Städtische Oper (Civic Opera), where he worked until 1953. One of his pupils, conductor Herbert Sandberg, married his daughter Luise (Lisel) (1913 – 2006).
Blech made recordings of operatic and orchestral music for the Deutsche Grammophon, HMV, Ultraphon/Telefunken, Decca, and Elite record labels.