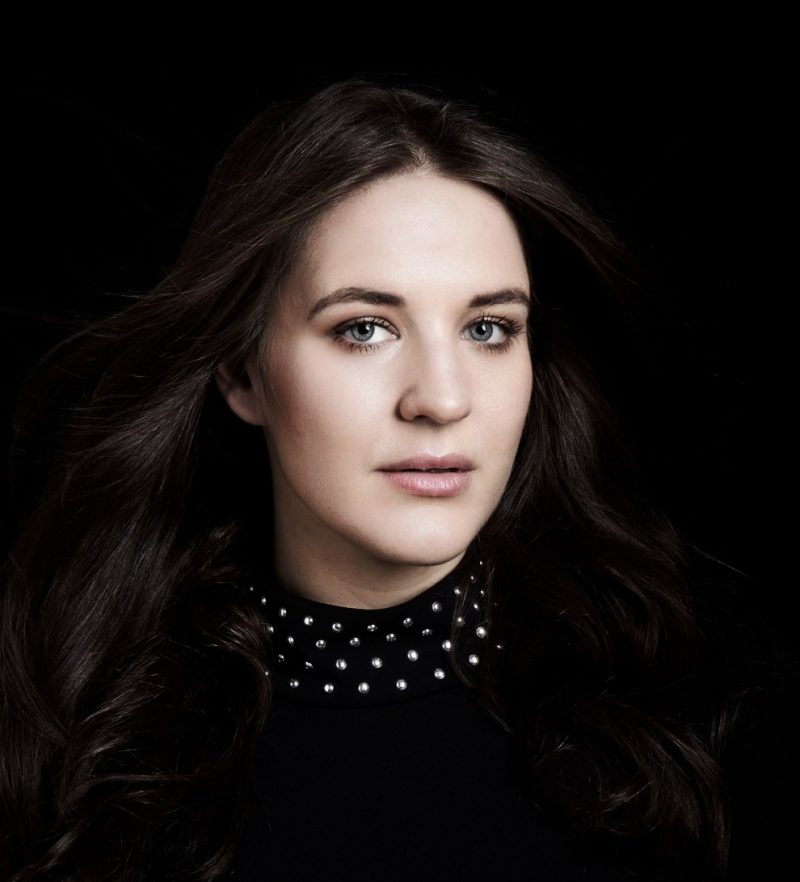 Lise Davidsen,lyric dramatic soprano  has attracted serious attention since she was crowned winner of both the Operalia and the Queen Sonja competitions in 2015. Growing up in Stokke, a rural town in south-eastern Norway, Lise has been an artist to watch since she began her musical training.

Lise began studying guitar and singing at age fifteen. At first she favoured the guitar but, with more training, singing took prominence. Lise’s early teachers included Mona Skatteboe and Runa Skramstad, who gave her an excellent foundation in classical music.
Lise achieved her bachelor’s degree in classical singing in 2010 from the Grieg Academy of Music in Bergen, Norway. During this time she worked with many notable singers including Bettina Smith and Hilde Haraldsen Sveen and joined the Norwegian Soloists Choir as a mezzo soprano, under artistic director Grete Pedersen.
While studying for a master’s degree at the Royal Danish Academy of Music, Lise’s teacher, Susanna Eken, urged her to develop her voice for the world of opera as a soprano. Lise’s first major engagement as a soprano was in 2011 at the Young Talent Concert in Bergen, singing arias by Strauss and Wagner with the Bergen Philharmonic Orchestra, conducted by Rory Macdonald.
Lise Davidsen made her Royal Danish Opera debut in the 2012/13 season as the Dog and Owl in The Cunning Little Vixen. She has since returned to sing Emilia Otello and Rosalinde Die Fledermaus, and was awarded the Reumert Talentpris. In the same season, she was a part of the Mozart residency at Aix-en-Provence, where she was instantly reinvited for the following year to work with Waltraud Meier for the residency A Tribute to Patrice Chèreau.
In 2014, Lise graduated from the Opera Academy in Copenhagen and had the honour of receiving the Léonie Sonning talent prize and Danis Singers Award 2014. She also received financial support from the Skipsreder Tom Wilhelmsen, Karen and Arthur Feldthusens and Sine Butenschøns Foundations.
2015 was a standout year for Lise; her breakthrough performances won her the first prize, Birgit Nilsson Award and Audience Prize at the Operalia competition in London, in addition to the first prize, the prize for the best performance of Norwegian music and the Ingrid Bjoner Scholarship at the Queen Sonja International Music Competition. She was also a triple winner at the 2015 Hans Gabor Belvedere Singing Competition in Amsterdam and received the HSBC Aix-en-Provence Laureate and Statoil Talent Bursary Award in the same year.
Lise continues her meteoric rise in the 19/20 season with several anticipated debuts and appearances: her company debut with Metropolitan Opera as Lisa Queen of Spades; a role debut as Leonore Fidelio with Yannick Nezet Seguin and Opéra de Montreal and at Royal Opera House in a new production conducted by Sir Antonio Pappano; and her return to Bayreuth in summer 2020 to star as Sieglinde in their eagerly awaited new Ring production, as well as reprising the role of Elisabeth Tannhäuser.
Further concert appearances include Ellen Orford Peter Grimes at the Enescu Festival; Vier Letzte Lieder with Orchestre de Paris, Beethoven Symphony No. 9 with Gianandrea Noseda and the Wiener Symphoniker and with Vasily Petrenko and the Oslo Philharmonic; Sieglinde Die Walküre with Fabio Luisi and the Danish National Symphony Orchestra; Beethoven’s ‘Ah, Perfido!’ with Vladimir Jurowski and the London Philharmonic Orchestra; Mahler’s Knaben Wunderhorn with Esa-Pekka Salonen and the Philarmonia Orchestra; as well as solo recitals in London (Barbican), Oslo, Copenhagen and Bergen.
Last season, Lise took on her first major Wagner role, Elisabeth Tannhäuser which she performed at Opernhaus Zürich, Bayerische Staatsoper and in a triumphant debut at the Bayreuth Festival where she was hailed by the international press as a “voice once in a century”. Further appearances included a role debut as Lisa Queen of Spades at Oper Stuttgart; the title role of Ariadne auf Naxos at Aix-en-Provence Festival; Wiener Staatsoper and Glyndebourne Festival; Agathe in a new production of Der Freischütz at Opernhaus Zürich; Cherubini’s Medea at Wexford Festival; Santuzza Cavalleria Rusticana and Sancta Susanna in Oslo; and Isabella Das Liebesverbot at Teatro Colon.
Other engagements include her house debuts with Bavarian State Opera as Ortlinde Die Walküre and at Frankfurt Opera for its Ring Cycle both in 2016.