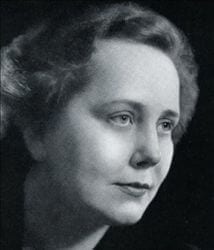 Marga Höffgen made her concert debut in Berlin in 1952. In 1952 she made a highly successful appearance in Vienna as a soloist in J.S. Bach’s Mätthaus-Passion (BWV 244) conducted by Herbert von Karajan. She then was active as a concert singer in Europe. She also appeared in opera at Covent Garden in London, at the Vienna State Opera, and at the Bayreuth Festival. Together with Hertha Töpper, Marga Höffgen was one of the leading contralto singers of J.S. Bach’s vocal works during the 1950’s and the 1960’s, and she recorded many of them with actually most of the leading J.S. Bach’s German conductors of the period.