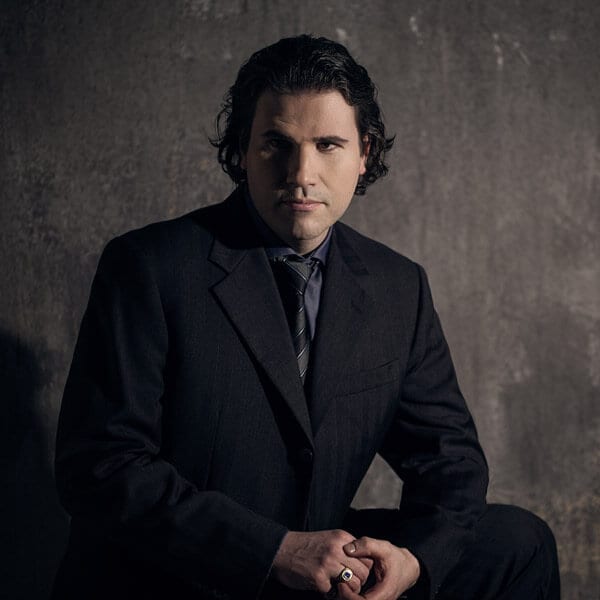 With his rich, robust baritone voice and compelling acting Massimo Cavalletti has quickly established himself on the stages of the most prestigious opera houses and festivals worldwide, including the Metropolitan Opera New York, the Teatro alla Scala, the Royal Opera House Covent Garden, the Vienna State Opera, the Zurich Opera House, and the Salzburg Festival.

This season Massimo Cavalletti appears as Lescaut in the Met’s new production of Manon Lescaut, which will be broadcast in cinemas worldwide; Ford in Falstaff at the New National Theatre Tokyo; Paolo Albiani in Simon Boccanegra at La Scala; Belcore in L’elisir d’amore at the Teatro de la Maestranza Sevilla; and Figaro in Il barbiere di Siviglia for the inauguration of the new opera house of Abu Dhabi.

The 2014-2015 season saw Cavalletti’s role debuts as Renato in Un ballo in maschera with the Israel Philharmonic Orchestra conducted by Zubin Mehta and as Riccardo in I puritani at the Florence Opera, as well as company debuts at the Liceu of Barcelona (Escamillo in Carmen), the Royal Opera House Muscat (Malatesta in Don Pasquale), and with the Swedish Radio Symphony Orchestra as Ford; his return to the Metropolitan Opera as Escamillo, to Zurich as Belcore; and Ford (Falstaff) in Tokyo. Cavalletti furthermore was featured more than any other singer during La Scala’s special EXPO season, appearing as Marcello, Ford, Escamillo, and Rossini’s Figaro between June and November 2015.

Other career highlights include Marcello at the Metropolitan Opera; Enrico (Lucia di Lammermoor), Paolo Albiani, and Rodrigo (Don Carlo) at La Scala; Marcello in La bohème at the Royal Opera House Covent Garden and the Dutch National Opera Amsterdam; Escamillo at the Vienna State Opera; Marcello and Ford at the Salzburg Festival; Lescaut at the Deutsche Oper Berlin; Paolo Albiani at the Berlin State Opera; Enrico at the Hamburg State Opera, the Semperoper Dresden and in Tokyo; Belcore at the Glyndebourne Festival and in Beijing; and a large number of roles at the Zurich Opera House, where he was a member of the ensemble from 2007 until 2011.

Massimo Cavalletti was born in Lucca, where he began his vocal studies with Graziano Polidori before attending the Academy of La Scala in Milan, where he refined his vocal technique with Luciana Serra. In October 2004 he made his operatic debut at the Teatro Donizetti in Bergamo in La Parisina.

His DVD/Blu-Ray recordings include La bohème from Salzburg and Valencia, Falstaff from Zurich and the Salzburg Festival, and Simon Boccanegra from La Scala.