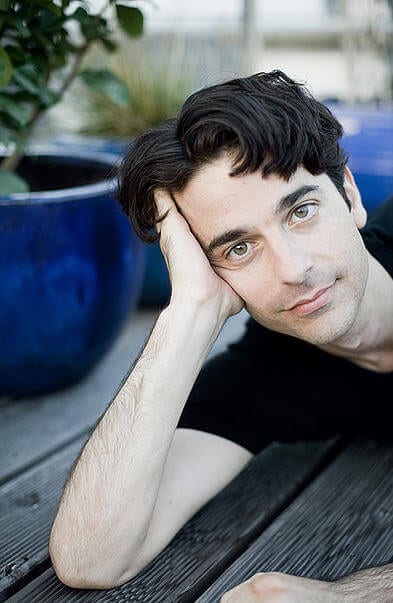 American countertenor Matthew Shaw has quickly established himself as one of the most exciting talents of his generation, with performances of leading roles at internationally acclaimed theaters including Vienna’s Theater an der Wien, the Grand Théâtre de Genève, the Dresden Semperoper, and the Deutsche Oper am Rhein.

Matthew Shaw  busy 2014/15 season includes several important guest engagements in Germany.  He makes his debut at the Theater Erfurt singing Ottone in L’Incoronazione di Poppea, returns to the Semperoper Dresden to perform Tolomeo in Giulio Cesare, and  debuts at the Nationaltheater Mannheim, where he sings the leading role in the World Premiere of Lucia Ronchetti’s Esame di mezzanotte, a production directed by Achim Freyer.

Mr. Shaw’s 2013/14 season included a return to the Hessisches Staatstheater Wiesbaden, as La Calisto. The 2012/13 season featured his Scandinavian debut in the role of Edgar in Aribert Reimann’s Lear at the Malmö Opera in Sweden.

During the 2011/12 and 2010/2011 seasons, Mr. Shaw made several important role and company debuts. At Vienna’s Theater an der Wien, he performed the role of Athamas in Robert Carsen’s production of Handel’s Semele, opposite Cecilia Bartoli and under the baton of William Christie. He also performed Tolomeo in Handel’s Giulio CesareL’Incoronazione di Poppea at the Hessisches Staatstheater Wiesbaden and Semperoper Dresden.

The 2009/10 season found Mr. Shaw in Germany and Switzerland, where he debuted in the title role of Handel’s Giulio Cesare at Theater Dortmund and Oper Kiel, and performed Endimione in a new production of La Calisto at the Grand Théâtre de Genève, conducted by Andreas Stoehr and directed by Philipp Himmelmann. He was also heard in the United States as the Israelitish Priest in Handel’s Judas Maccabeus with the Berkshire Choral Festival.

Prior to his swift and critically-acclaimed transition to countertenor as Endimione in  La Calisto at the Landestheater Linz in 2008, Mr. Shaw achieved considerable success as a baritone on both the concert platform and operatic stage.

Highlights of his performances as a baritone include the role of Jupiter in the North American premiere of Lully’s Psyché at the Boston Early Music Festival (released on the CPO label); his Carnegie Hall debut singing Bach Cantatas under the baton of Ton Koopman; Fauré’s Requiem with the New Jersey Symphony; Masetto in Don Giovanni with the National Philharmonic; his debut with the Atlanta Symphony Orchestra as José Tripaldi in Osvaldo Golijov’s Ainadamar at the Ojai and Ravinia Festivals under the baton of Robert Spano;

a tour of Dido and Aeneas with the Aix-en-Provence Festival; his Ravinia Festival debut singing the world premiere of Lita Grier’s Songs From Spoon River; performing as a soloist in Handel’s Solomon with the Chamber Orchestra of Philadelphia; and recitals at New York’s Austrian Cultural Forum. Mr. Shaw was also a finalist in the Chimay International Baroque Singing Competition and a Young Artist with the Pittsburgh Opera.
Mr. Shaw received his Bachelor of Music from Pennsylvania State University and his Master’s Degree from the Manhattan School of Music.  In 2011, he received the Pennsylvania State University College of Arts and Architecture Alumni Award.