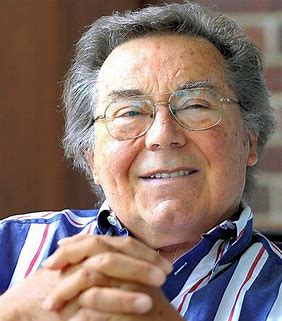 Peter Schreier the highly esteemed German tenor and conductor, was a son of a Church Kantor, who gave him his first musical training. At the age of eight Peter was entered in the preparatory class of the famous chorus the Dresdner Kreuzchor, to which he belonged for many years, and it helped to pave the way for his later musical career. He made his first operatic appearance as one of the Three Boys in Mozart’s Die Zauberflöte in 1944, which led him to consider a musical career.

The highly esteemed German tenor and conductor, Peter Schreier, was a son of a Church Kantor, who gave him his first musical training. At the age of eight Peter was entered in the preparatory class of the famous chorus the Dresdner Kreuzchor, to which he belonged for many years, and it helped to pave the way for his later musical career. He made his first operatic appearance as one of the Three Boys in Mozart’s Die Zauberflöte in 1944, which led him to consider a musical career.

At the age of ten Peter Schreier started as a soprano but they discovered rapidly that he was an alto. Soon he rose to the position of first alto soloist within the choir. Even as a boy chorister, Schreier was entrusted with many solo parts. As such he sang on some of the first German LP’s ever released, of Bach cantatas on Deutsche Grammophon’s Das alte Werk imprint. He travelled to France, Scandinavia, and Luxembourg, among other destinations, on tour with the Dresdner Kreuzchor.

Peter Schreier remained with the choir as a tenor after his voice changed. In 1954, he began taking private voice lessons with the well-known Leipziger concert singer and singing pedagogue Fritz Polster (1954-1956), while working as a member of the Leipzig Radio Chorus. In 1956, he entered the Dresden Musikhochschule (Carl Maria von Weber College Music), where his teacher was Winkler. Schreier studied both singing and conducting. He also studied at the Dresden State Opera’s training school. In 1957, he appeared in the opera studio’s production of Il matrimonio segreto as Paolino. He graduated from the Musikhochschule in 1959, passing the State Exam.

Peter Schreier joined the Dresden State Opera’s company as a lyric tenor, making his official operatic debut there as the First Prisoner in L.v. Beethoven’s Fidelio in 1959. He became a regular member of the company in 1961. During those years he made an intriguing concert tour to India and the African nation of Mali. He sang a guest appearance at the Berlin State Opera and in 1963 gained a contract with that company as its leading lyric tenor.

He made numerous guest appearances in the Soviet Union and other countries of what was then known as the Eastern Bloc, and appeared fairly often in the West. He made his bow in Vienna in 1966 and at the Salzburg Festival one year later, singing Tamino each time.

He appeared for the first time in London in 1966 (debut as Ferrando with the visiting Hamburg State Opera), and at the Metropolitan Opera in New York in 1967 (debut as Tamino). There followed his first appearances at the Bayreuth Festival, the Vienna State Opera (1967), La Scala in Milan (1968) and the Teatro Colón in Buenos Aires (1969). Schreier has been heard in all the world’s major opera houses.

Peter Schreier quickly won acclaim in particular for his portrayals of Mozart’s main tenor roles and as a recitalist. He was also high praised for roles as diverse as Alfred in Die Fledermaus and Loge in Das Rheingold, and appeared in the premiere of Paul Dessau’s Einstein as the Physicist. He also sang the role of Almaviva in Rossini’s Il barbiere di Siviglia, Fenton in Verdi’s Otello, and Lensky in Tchaikovsky’s Eugene Onegin, to name a few.

Peter Schreier’s keen interest in the oratorio has earned him an international reputation as a concert singer. Schreier has set standards in the interpretation of Bach’s Oratorios, Passions and Cantatas, notably the parts of the Evangelists, that remain a challenge for every tenor today.

He has also won acclaim as an incomparable performer of the Lied. His Schubert was especially regarded for its highly expressive projection and shaping of the words.

Peter Schreier sang primarily on East German recordings, many of which are re-released on CD on the Berlin Classics label, and for the Philips label. Numerous records, radio and television productions attest to the multifarious talents of a singer.

In 1970, he took up the other side of his career, conducting for the first time at a concert with the Dresden Staatskapelle. Since then he has emerged as a leading Bach and Mozart conductor.

Peter Schreier finished his singing career in December 2005, combining the roles of Evangelist and conductor in a performance of Bach’s Christmas Oratorio (BWV 248) in Prague. He continues his work as a conductor.

Peter Schreier received numerous honours, including the National Prize (First Class) of the German Democratic Republic, the Salzburg Mozarteum’s Silver Mozart Medal, and the title of Kammersänger (1964). In 1986 he was appointed an honorary member of the Vienna Gesellschaft der Musikfreunde, the Anderson-Nexö Prize of the City of Dresden, and the Ernst von Siemens Foundation Prize.