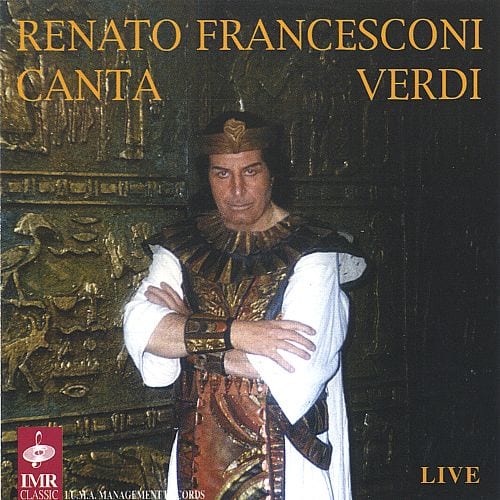 Renato Francesconi was born in Rome on 17/09/1934 (or 1938). He studied initially at the Conservatorio di Santa Cecilia and then at the Conservatorio di Ferrara, perfecting his technique under Piervenanzi. He made his debut at Faenza as Manrico in The troubadour [Il trovatore] and soon appeared in several of the most important opera houses in Italy. Riccardo Muti invited him to participate in the Maggio Musicale Fiorentino. In 1971 he sang with great success in Dublin the role of Radames [Aida]. He followed an international career, appearing at major opera houses in Vienna, Berlin, London, Barcelona, Lisbon, Buenos Aires, Brussels, New York and San Francisco.

In 1978 tenor Giacomo Lauri-Volpi invited him to perform in the first ever production of Manon Lescaut in Valencia. He sang  seven performance as Otello at the Norwegian Opera in Oslo 1978  at The Opera Jubilee and in honour of the King Olav V. In the years 1997-2000 he gave concerts in Carnegie Hall, the Cervantino International Festival in Mexico City, the Seoul Cultural Center, The Morlacchi Theatre in Perugia, etc.

In 1997 he was awarded the Cavaliere di Malta for his artistic achievement, and was declared a Doctor of the Accademia di Belle Arti di Roma in 1998. He performed at the GNO only once, singing Manrico in The Troubadour [Il Trovatore], in the 1980/81 season.