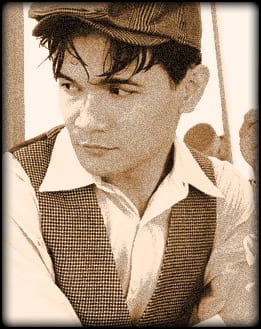 Rodel Rosel is a guest of the major opera companies in the U.S. Following his debut at the Lyric Opera of Chicago as Remendado in Carmen, he has appeared on their stage as the Prince and Man Servant in Lulu, Spoletta in Tosca, the First Priest in Die Zauberflöte, Borsa in Rigoletto and as Faninal’s Major-domo in Der Rosenkavalier, Altoum in Turandot and the Second Jew in Salome, Bardolph in Falstaff, Ruiz in Il Trovatore, Benvoglio in Roméo et Juliette, Dr. Blind in Die Fledermaus, the Four Servants in Les Contes d’Hoffman and Monastatos in Die Zauberflöte.

Rodel Rosel for the Metropolitan Opera, he has appeared as Valzacchi in Der Rosenkavalier conducted by James Levine and as Nathaniel and Franz in their new production of Les Contes d’Hoffman.

Elsewhere, he has appeared with Los Angeles Opera, Pittsburgh Opera and Tulsa Opera as Goro in Madama Butterfly, Houston Grand Opera as Squeak in Billy Budd, Dancing Master in Ariadne auf Naxos, and Goro, Wolf Trap Opera as the Governor in Candide and the Dancing Master in Ariadne auf Naxos, the Florentine Opera as Monastatos in The Magic Flute, Little Bat in Susannah, and in the title role of Albert Herring, Santa Fe Opera in the world premiere of The Letter, the Ravinia Festival as Curzio in Le Nozze di Figaro, Spoletta in Tosca and Arbace in Idomeneo, and the Cleveland Orchestra as the 1st Jew in Salome.

Last season, he appeared with Los Angeles Opera as Spoletta, Monastatos, and Bardolph, and with Houston Grand Opera as Mime in Das Rheingold . Future seasons see him back in Chicago as Valzacchi, Monastatos, and Mime, the Florentine Opera as Goro, and Houston as Mime in Siegfried.

Formerly a member of the Ryan Opera Center (formerly Lyric Opera Center for American Artists), the Manila native studied at the University of California in Los Angeles, where he sang the title role in Britten’s Albert Herring and leading roles in Mozart, Rossini and Ravel, also appearing as tenor soloist in The Creation, Messiah and the Mozart Requiem.

He has sung Basilio in Le nozze di Figaro at Music Academy of the West in Santa Barbara, CA, as well as Monostatos in Die Zauberflöte, Kaspar in Amahl and the Night Visitors, and Tinca in Il Tabarro, all with Opera Nova-Santa Monica.