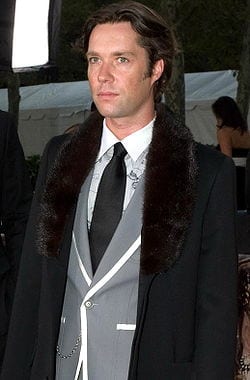 Affectionately referred to by Elton John as “the greatest songwriter on the planet” and praised by The New York Times for his “genuine originality,” Rufus Wainwright has established himself as one of the great male vocalists and songwriters of his generation.

He is the son of folk singers Loudon Wainwright Ill and Kate McGarrigle, and brother of Martha Wainwright. Rufus has achieved success by carving out his own singular sound.

He has released six albums and two DVDs to date, and has appeared on numerous soundtracks and compilations, as well as collaborating with artists like Elton John, David Byrne, and Keane. Rufus’ latest album, A//Days Are Nights: Songs for Lulu is out now. Prior to this, he released a live recording from his Carnegie Hall concert titled, Rufus Does Judy At Carnegie Hall, which was nominated for a Grammy. It was released concurrently with a live DVD {Rufusl Rufus! Rufus! Does Judy! Judy! Judy!) capturing his 3lebrated Judy Garland tribute performance at the London Palladium in 2007. His previous album, Release The Stars, went Gold in Canada and the UK.

He also composed original music for choreographer Stephen Petronio’s work BLOOM. In 2008 he received a BRIT nomination for Best International Male Solo Artist. Wainwright was also nominated in 2009 for his first Grammy in the Best Traditional Pop Vocal Album category for his album, Rufus Does Judy At Carnegie Hall {2007).

He has also composed a musical adaptation of Shakespearean Sonnets wit director Robert Wilson at the Berliner Ensemble which premiered in April 2009.