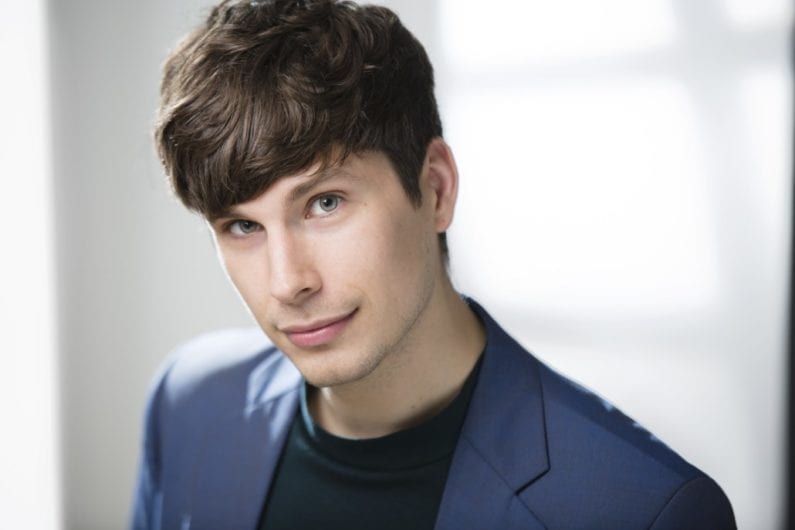 Since graduating from the Malmö Academy of Music in 2013, and the University College of Opera in Stockholm in 2016, Sebastian Duran Swedish baritone

Sebastian has been working in opera companies and concert venues all around Europe such as the Malmö Opera, the Royal Opera in Stockholm, Den Fynske Opera, Copenhagen Opera Festival, Oslo Opera Festival, Aldeburgh Festival, National Philharmonic of Ukraine, and Vadstena-Akademien.

Sebastian Durán (b 1989) began to study classical singing at the age of 15, alongside his cello- and harp studies in the town of Kristianstad in the south of Sweden.

At the age of 18 he moved to Stockholm to continue his vocal studies with baritone Karl-Magnus Fredriksson, Court Singer at the Royal Opera in Stockholm.

After studying with him for two years he got accepted at the Malmö Academy of Music where he studied in 2010-2013 with Britta Johansson, Assistant Master in Vocal Performance.

After graduation from the Malmö Academy of Music Durán began to study at the University College of Opera in Stockholm with Ulrika Tenstam, and Leif Lundberg.

During his years of singing, Sebastian has done several roles in both professional productions and school productions to great acclaim.

In the summer of 2014 he sang The Wolf in composer Daniel Hjort’s newly written opera The Deepest Place, which toured around Denmark and southern Sweden.

The most recent being the title role in Mozart’s Don Giovanni which he performed on tour with Malmö Opera, where he will return in the spring of 2016 to sing the role of Emanuel in composer Jonas Forsell’s newly written opera Drottningens Juvelsmycke.

His work also includes roles as Laertes in Hamlet by Thomas, Marullo in Rigoletto, Melisso in Alcina, both Figaro and Fiorello in Il Barbiere di Siviglia, and Guglielmo in Così fan tutte.

He has also sung repertoire such as the baritone-solo in Carmina Burana by Orff and the bass-solo in Symfoni nr 9 ”An die Freude” by Beethoven .