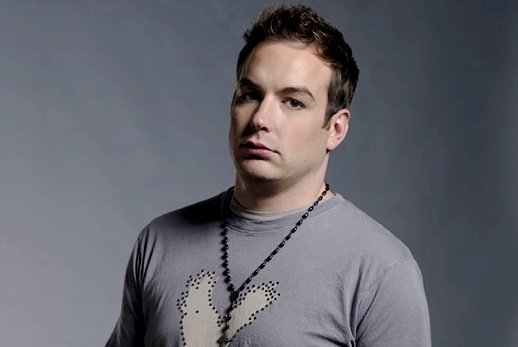 As the Associated Press observes, Stephen Costello is “a prodigiously gifted singer whose voice makes an immediate impact.” The Philadelphia-born tenor quickly established a reputation as a “first-class talent” (Opera News) after coming to national attention in 2007. When, aged 26, he made his Metropolitan Opera debut on the company’s season-opening night.

Stephen Costello launches his 2015-16 season with two fall productions at the Met. Making his company role debut as the Duke of Mantua in Michael Mayer’s Vegas setting of Verdi’s Rigoletto. Reprising the role of Lord Percy in a revival of Donizetti’s Anna Bolena. His other season highlights include several notable firsts: besides making house role debuts as Verdi’s Duke at Madrid’s Teatro Real. Des Grieux in Massenet’s Manon at Dallas Opera. Edgardo in a new production of Donizetti’s Lucia di Lammermoor at the Royal Opera House. Tenor makes his Santa Fe Opera debut in the title role of Gounod’s Roméo et Juliette. Joins the Boston Philharmonic for his first Verdi Requiem. He also looks forward to revisiting the role of Nemorino in a new staging of Donizetti’s L’elisir d’amore at  Vienna State Opera. And to giving a solo recital in New York.

Last season, Stephen Costello reprised his starring role in La traviata opposite Marina Rebeka’s Violetta, both at the Vienna State Opera and at the Met, where he also joined Susan Graham for Susan Stroman’s new take on Lehár’s The Merry Widow under the leadership of Fabio Luisi. Other operatic highlights included a title role engagement in Roméo et Juliette at Austin Lyric Opera and headlining “BrAVA Philadelphia!” – the Academy of Vocal Arts’ 80th Anniversary Gala Concert – at the Kimmel Center.

Stephen Costello made his professional debut in 2005 with the Opera Orchestra of New York at Carnegie Hall. The following year brought his European debut, as Nemorino with Opéra National de Bordeaux. His first appearances at the Dallas Opera and Fort Worth Opera, as Puccini’s Rodolfo. Noteworthy subsequent debuts have included Salzburg Festival, as Cassio in Otello. Covent Garden, as Carlo in Linda di Chamounix. Lyric Opera of Chicago, as Camille in The Merry Widow. San Diego Opera and Moscow’s Tchaikovsky Concert Hall, both in the title role of Roméo et Juliette.   Glyndebourne Festival, as Nemorino; and Vienna State Opera and Berlin State Opera, both as Rodolfo in La bohème. At San Diego Opera, Costello made role debuts as the Italian Singer in Der Rosenkavalier. The title role of Faust, besides opening the company’s 2012-13 season with his first appearances as Tonio in Donizetti’s La fille du regiment.

At the Dallas Opera, Stephen Costello played the tenor lead in each of Donizetti’s three Tudor operas, before reprising Lord Percy opposite Anna Netrebko for his second opening-night performance at the Met, in the company’s premiere presentation of Anna Bolena. He and Netrebko appeared on PBS’s Charlie Rose to discuss the new production, which was transmitted worldwide in the Met’s Live in HD series. For his Los Angeles Opera debut, Costello portrayed Rodolfo in La bohème; for his first appearances at Washington National Opera, he resumed the role of Greenhorn in Heggie/Scheer’s Moby-Dick; and for his Houston Grand Opera debut, he scored glowing reviews as the Duke of Mantua in Rigoletto.

In spring 2014, he undertook the male lead in La traviata, both for the historic first live webcast of a complete opera from London’s Royal Opera House, and in a San Francisco Opera production that was simulcast to thousands in AT&T Park, home of baseball’s San Francisco Giants.

Costello’s performance as Cassio in Verdi’s Otello, under Riccardo Muti’s leadership at the Salzburg Festival, was released on DVD in 2010 (Major/Naxos), and his Covent Garden debut in Linda di Chamounix was issued on CD a year later (Opera Rara). His star turn in San Francisco Opera’s Moby-Dick, televised nationwide on PBS’s Great Performances, was released on DVD in 2013 (SFO) and named an “Editor’s Choice” by Gramophone.