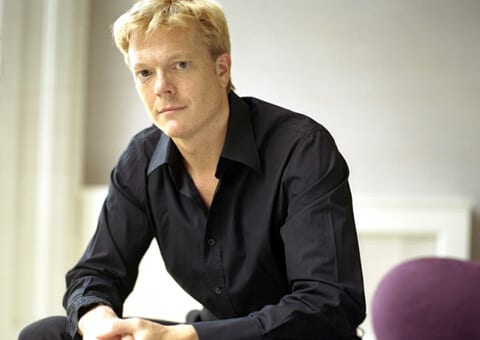 An honours graduate and choral scholar from New College, Oxford, Toby Spence studied at the Opera School of The Guildhall School of Music and Drama in London. He was awarded a scholarship to study at the 1995 Ravinia Festival in the USA.

While still a student, Toby Spence made his Barbican début with the Gothenburg Symphony Orchestra and Neeme Järvi in Sibelius’s The Tempest, sang with RIAS Berlin in George Frideric Handel’s Theodora, toured with the Mark Morris Dance Group-Dance Umbrella singing Johannes Brahms’s Liebeslieder-Walzer, made his Wigmore Hall recital début in the Schubertiade series, and appeared at the Cheltenham Festival (On Wenlock Edge) and at the Brighton Festival (Missa Solemnis).

In the 1995-1996 season Toby Spence made his début with Welsh National Opera as Idamante with Sir Charles Mackerras, at La Monnaie in Brussels as Pane (La Calisto) under René Jacobs, at the Bavarian State Opera, Munich, as Idamante, and at the Royal Opera House, Covent Garden, in Alzira under Mark Elder. In 1996-1997 he made his début at the Salzburg Festival in Mitridate under Roger Norrington, his début with Scottish Opera as Idamante and he returned to La Monnaie to sing his first Tamino under David Robertson.

Equally at home on the concert platform, in the 1995-1996 season he sang for the first time with the Cleveland Orchestra under Christoph von Dohnányi, Bournemouth Symphony Orchestra under Richard Hickox, Monteverdi Choir and Orchestra under John Eliot Gardiner, Royal Philharmonic Orchestra and Royal Scottish National Orchestra and with the Orchestra of the 18th Century under Frans Brüggen in J.S. Bach’s St. Matthew Passion (BWV 244) (which was recorded by Philips Classics) and in Die Schöpfung.

In the summer of 1996 he appeared in concert at the Salzburg and Edinburgh Festivals under Roger Norrington and Charles Mackerras. Last season he made his debuts with the Luxembourg Philharmonic, L’Orchestre de la Suisse Romande, Deutsches Symphonie-Orchester, Berlin, Les Musiciens du Louvre, San Francisco Symphony Orchestra (under Tilson Thomas), Montreux Festival and at the BBC Proms. He has recorded for EMI, Deutsche Grammophon, Decca, BMG, Collins, and Hyperion.

Future operatic engagements include Il matrimonio segreto for the Deutsche Staatsoper, Berlin, Il ritorno d’Ulisse in patria for the Netherlands Opera, Tamino for Welsh National Opera and both Pedrillo and David (Die Meistersinger von Nürnberg) at the Monnaie, Brussels.