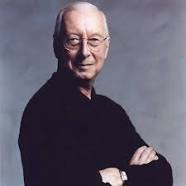 William Christie – conductor Born: December 19, 1944 – Buffalo, New York, USA The American harpsichordist, conductor, musicologist and teacher, William Lincoln Christie, studied art history at Harvard University (where he was briefly assistant conductor of the Harvard Glee Club) and music at Yale University. He moved to France in 1971, where he became known for his interpretations of Baroque music, particularly French Baroque music, working with René Jacobs and others. William Christie is the inspiration behind one of the most exciting musical ventures of the last twenty years. His pioneering work has led to a renewed appreciation of Baroque music in France, notably of 17th and 18th century French repertoire, which he has introduced to an ever-growing audience.

The major turning point in his career came in 1979 when he founded Les Arts Florissants, named after the opera of the same name by Marc-Antoine Charpentier, which was to be its first fully-staged production. As Director of this vocal and instrumental ensemble, Christie soon made his mark as a musician and a man of the theatre, in both the concert hall and the opera house, with new interpretations of largely neglected or forgotten repertoire. Major public recognition came in 1987 with the production of Atys by Lully at the Opéra Comique in Paris, a production which then went on to tour internationally with much success.

William Christie’s affinity for French Baroque is indisputable, whether it be the music of Charpentier or Jean-Philippe Rameau, François Couperin, Mondonville, André Campra or Montéclair. He is equally at home with tragédies-lyriques as with opera-ballets, with French motets as with music of the court. His enthusiasm for French music has not precluded the exploration of other European repertoire, however, and he has given many acclaimed performances of works by Italian composers such as Monteverdi, Rossi and Scarlatti. Henry Purcell, George Frideric Handel and Wolfgang Amadeus Mozart have an equal place in his affections, as his extensive discography demonstrates.

William Christie has made over 70 recordings, (many of which have won awards in France and elsewhere), initially with Harmonia Mundi, and since 1994 with Erato-Warner, with whom he has an exclusive contract.

William Christie has a busy operatic career and his collaborations with renowned stage directors such as Jean-Marie Villégier, Robert Carsen, Alfredo Arias, Jorge Lavelli, Graham Vick, Adrian Noble and Andrei Serban are always significant events in the musical calendar. Amongst his most outstanding operatic achievements at the head of his ensemble are Hippolyte et Aricie (1996), Les Indes galantes and Alcina (1999) at the Opéra de Paris, Médée (1993) at the Théâtre de Caen, Die Entführung aus dem Serail (1993) at the Opéra du Rhin and King Arthur (1995) at the Théâtre du Châtelet in Paris.

His many engagements with Les Arts Florissants at the Aix-en-Provence Festival include Castor et Pollux (1991), Fairy Queen (1992), The Magic Flute (1994), Orlando (1997), and the highly successful Il ritorno d’Ulisse in patria by Monteverdi, which toured to Lausanne, Paris, Caen, Bordeaux, New York and Vienna in 2002.

Much in demand as a guest conductor, William Christie receives regular invitations from prestigious opera festivals such as Glyndebourne, where he has conducted the Orchestra of the Age of Enlightenment in productions of Theodora and Rodelinda by G.F. Handel. He conducted the revival of Rodelinda at the Théâtre du Châtelet in Paris in January 2002. Other guest appearances include the Opera de Lyon and the Zürich Opernhaus, where he conducted Iphigénie en Tauride by Gluck. In October 2002 he was the first guest conductor of the Berliner Philharmoniker under Simon Rattle’s directorship, and since then he has appeared regularly with this orchestra. In 2008 he brought Les Arts Florissants to Madrid’s Teatro Real to perform Monteverdi’s L’Orfeo, a co-production with La Fenice, Venice.

William Christie is equally committed to the training and professional development of young artists, and has nurtured several generations of singers and instrumentalists over the last 25 years. Indeed, many of today’s leading Baroque conductors began their careers with Les Arts Florissants. Between 1982 and 1995 he was a Professor at the Paris Conservatoire, with responsibility for the early music class. He is often invited to give master-classes, or to lead summer schools such as Aix-en-Provence or Ambronay. His latest venture in the field of training and development, is Le Jardin des Voix, a biennial European academy for young singers in Caen, which he founded in the Autumn of 2002.

William Christie was awarded the Légion d’honneur in 1993, and is an Officer in the Ordre des Arts et des Lettres. He was elected a member of the French Académie des Beaux-Arts on November 12, 2008, in the ”Unattached members” section (Membres libres), at the Seat #1, formerly held by Marcel Marceau. He was granted French citizenship in 1995.