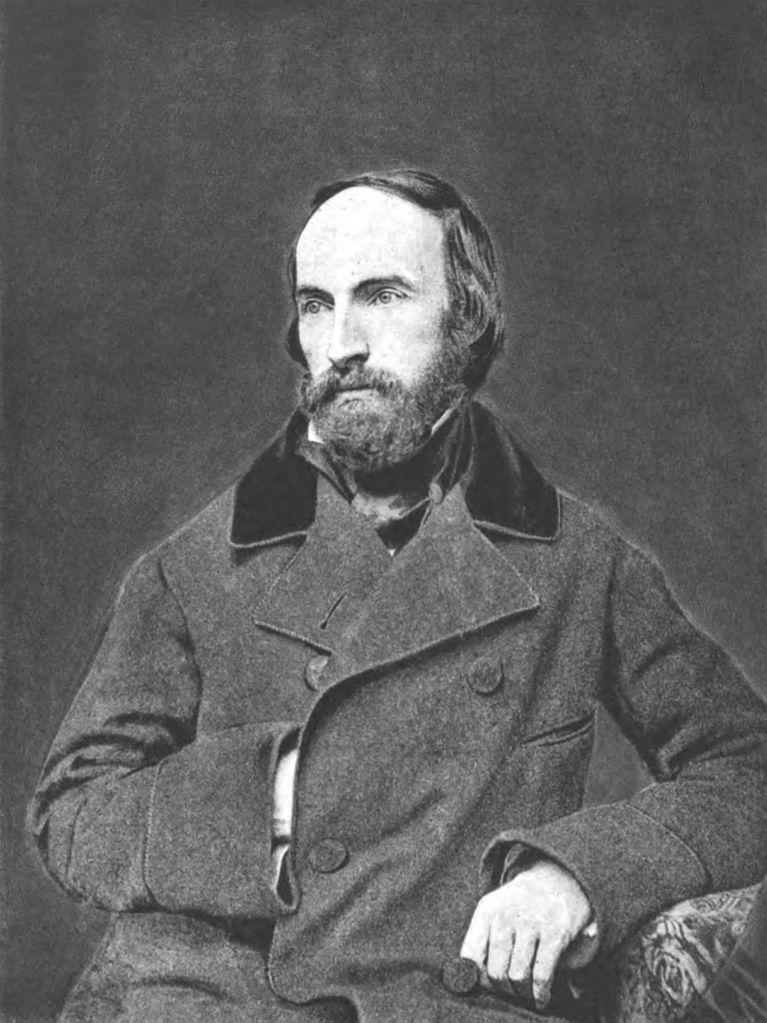 William Henry Fry (August 10, 1813 – December 21, 1864) was a pioneering American composer, music critic, and journalist. Fry was the first person born in the United States to write for a large symphony orchestra, and the first to compose a publicly performed opera. He was also the first music critic for a major American newspaper, and he was the first person to insist that his fellow countrymen support American-made music.

William Henry Fry was born on August 10, 1813 in Philadelphia. His father, William Fry, was a prominent printer and, along with Roberts Vaux and Robert Walsh, ran the National Gazette and Literary Register, a major American newspaper at the time—edited by Robert Walsh from 1821 to 1836. William Henry had four brothers—Joseph Reese, Edward Plunket, Charles, and Horace Fry.
He was educated at what is now Mount Saint Mary’s University in Emmitsburg, Maryland. After returning to Philadelphia to work for his father, he studied composition with Leopold Meignen, a former band leader in Napoleon Bonaparte’s army and the music director of the Musical Fund Society orchestra. He eventually became secretary of the Musical Fund Society.

William Henry Fry’s operatic compositions include Aurelia the Vestal, Leonora (based on the 1838 play The Lady of Lyons), and Notre-Dame of Paris (based on the 1831 novel by Victor Hugo). Leonora was a very successful production at its premiere in 1845 and second run the following year. Leonora is also significant as it was the first grand opera written by an American composer. The opera was written for Ann Childe Seguin who took the title role when it opened.

After a six-year sojourn in Europe (1846–52), where he served as foreign correspondent to the Philadelphia Public Ledger, Horace Greeley’s New York Tribune, and The Message Bird (later known as the New York Musical World and Times), Fry gave a series of eleven widely publicized lectures in New York’s Metropolitan Hall. These dealt with subjects such as the history and theory of music as well as the state of American classical music.

In addition to his operas, William Henry Fry wrote seven symphonies that have extra-musical themes. His Santa Claus: Christmas Symphony of 1853, which was very well received by audiences but derided by many of Fry’s rival critics, may be the first orchestral use of the saxophone, invented barely a decade before.

His 1854 Niagara Symphony, written for Louis Jullien’s orchestra, uses eleven timpani to create the roar of the waters, snare drums to reproduce the hiss of the spray, and a remarkable series of discordant, chromatic descending scales to reproduce the chaos of the falling waters as they crash onto the rocks.

Fry’s other works, including Leonora (New York debut in 1858) and Notre-Dame of Paris (1864, Philadelphia), received mixed reviews along partisan lines: conservatives tended to dislike Fry’s music, whereas political progressives highly enjoyed it. His other musical works included the Overture to Macbeth, the Breaking Heart, string quartets and sacred choral music.

From 1852 until his death in 1864, Fry served as music critic and political editor for the New York Tribune.

William Henry Fry died at age 51 on December 21, 1864, in Santa Cruz (Saint Croix) in the Virgin Islands. His death was apparently from tuberculosis ”accelerated by exhaustion.”

According to music historian David Mason Greene, much of Fry’s musical output was lost after his death.