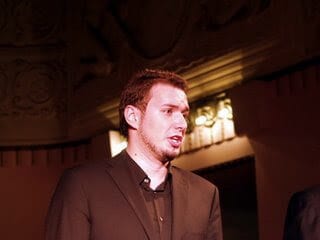 During his studies at the Music Academy of his home town of Sofia, which he completed in 2007 with a master´s degree, the Bulgarian baritone Alce Avedissian already was an award winner at several voice competitions. He received the first prize at the International Schubert Competition in Ruse 2005 and was finalist at the International Singing Competition in Toulouse participating in the final concert conducted by Jacques Lacombe.

Later on, he was a finalist at the International Opera Competition in Marseille, winner of the International Lied Competition in Sofia and received a special award at the Fifth International Opera Competition in Saint Petersburgh.
From 2007-2009 he was a member of the Centre National d´Artistes Lyriques Marseille and in a number of master classes worked with renowned artists such as Sona Ghazarian, Anna Tomowa-Sintow, Tom Krause and at the Sir George Solit Academy with Dame Kiri te Kanawa and Federica von Stade.
Since 2002 he has been a private student of Alexandrina Milcheva.
First appearances in concert and recitals led Alec Avedissian to various venues in his native Bulgaria. Internationally, he was a successful soloist in aria concerts in Moscow, Bratislava, Budapest and Vienna, where he also gave a recital at the Bösendorfer Saal.
In France, he presented himself in a number of aria concerts with excerpts from French, Russian and German operas at the houses of Toulouse, Marseille, Toulon and Avignon.
In 2009 he gave his debut in a concert at the Festival de Radio France.
In opera, Alec Avedissian, was first heard in Bulgaria with roles such as Dr.Malatesta (DON PASQUALE) and as Belcore (L´ELISIR D´AMORE).
Guest appearances led him as Montano (OTELLO) to the Opera de Montpellier
(conductor: Lawrence Foster), as Fiorello (IL BARBIERE DI SIVIGLIA) with the Ensemble Matheus under Jean-Christophe Spinosi to Toulouse and Brest and as Schaunard (LA BOHEME) to Saint-Etienne.
Among his further roles are Valentin (FAUST), Guglielmo (COSI FAN TUTTE), Count Almaviva (LE NOZZE DI FIGARO), Marcello (LA BOEHME), Zurga (LES PECHEURS DE PERLES) and the title role in EUGEN ONEGIN.
During the current season Alec Avedissian has enjoyed a great success as Belcore in a production of Vera Nemirova at the National Theatre of Sofia.
Being a winner of the International Song Competition he will sing the part of Count Almaviva at the Festival in Rheinsberg in 2012 in a new production of LE NOZZE DI FIGARO in a staging of Marco Arturo Marelli and conducted by Michael Helmrath.