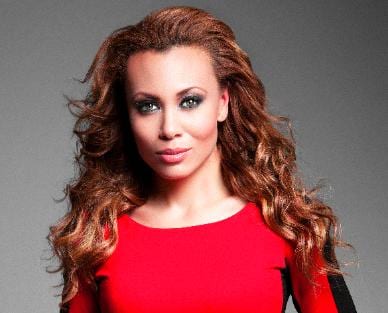 American soprano Alyson Cambridge, hailed by critics as “radiant, vocally assured, dramatically subtle and compelling, and artistically imaginative” (Washington Post), noted for her “powerful, clear voice” (New York Times) and “revelatory, sensual, smoky readings” (Opera News) is one of the most diverse and compelling vocal artists on the scene today.

Alyson Cambridge rich, warm soprano, combined with her strikingly beautiful stage presence and affecting musical and dramatic interpretation, have brought her over a decade of successes on the world’s leading opera and concert stages, including The Metropolitan Opera, Lyric Opera of Chicago, Washington National Opera, Los Angeles Opera, Carnegie Hall, London’s Royal Albert Hall, Deutsche Oper Berlin,Vienna Konzerthaus, among others, as well as recent debuts in Paris, Warsaw, Beijing, and other musical capitals throughout Europe and Asia.Her repertoire includes the beloved heroines of Puccini, Verdi, and Mozart (Mimi, Madama Butterfly, Donna Elvira, Violetta, and Micaëla among them) as well as successful forays into thecrossover,Broadway  and jazz repertoire, most notably with award-winning and critically-acclaimed performances of Julie in SHOW BOAT and Vi in Gershwin’s rarely performed jazz-opera BLUE MONDAY.

Alyson’s Cambridge debut album, “FROM THE DIARY OF SALLY HEMINGS,” a song-cycle by acclaimed American composer William Bolcom, premiered at Carnegie Hall’s Weill Recital Hall to rave reviews, and her next album, UNTIL NOW, of crossover, pop, and jazz standards will be released in Fall 2015.

Engagements for the 2015-16 season and beyond include several role and house debuts. Alyson returns to Florentine Opera for her role debut in the title role of MADAMA BUTTERFLY, debuts with the Spoleto Festival USA for her debut as Bess in PORGY AND BESS, a return and debuts with both Dallas Opera and Kentucky Opera in one of her most celebrated roles, Julie in SHOW BOAT,. She will also debut with Washington Performing Arts in solo concert, premiering two new commissions written for her, and in William Bolcom’s song cycle, “From the Diary of Sally Hemings”.

Engagements for the 2014-15 season included: her company debut with San Diego Opera as Mimi
their 50th Anniversary season-opening new production of LA BOHÈME; Musetta in a new production of LA BOHÈME at Washington National Opera, directed by Peter Kazaras and conducted by Philippe Auguin; her debut with the Madison Symphony Orchestra as a featured soloist in their Holiday Concert Series; a recital with the Waterford Concert Series in Waterford, VA; in concert with the Spoleto Festival USA for Barber’s KNOXVILLE: SUMMER OF 1915. Other highlights of Ms. Cambridge’s 14-15 season included her featured appearances at BET’s Soul Train Music Awards, marking the first performance by an opera singer on the awards show, which was broadcast live on BET and Centric TV networks; the Kennedy Center’s Holiday Concert for U.S. Troops, performing alongside Kristen Chenoweth, Gary Sinese, Marlee Matlin, and more, which will be broadcast on PBS; a Recital at The Supreme Court of the United States with bass-baritone Eric Owens; and the Viennese Opera Ball of New York at the Waldorf=Astoria, at which she hosted and performed. Alyson Cambridge’s multi-album deal with GPR Records includes a forthcoming
classical album in collaboration with tenor Sean Panikkar and pianist Djordje Nesic for an English-language setting of Hugo Wolf’s Italienisches Liederbuch,and a solo jazz/crossover album UNTIL NOW, which will be released in Fall 2015.

Operatic highlights of Alyson Cambridge’s recent season include her debuts at London’s Royal Albert Hall (Francesca Zambello production) and Florentine Opera as Mimi in LA BOHÈME, and the title role in a newly-commissioned opera, CLARIMONDE, by renowned French composer and conductor Frederic Chaslin.
On the concert stage, she joined the illustrious Mo. Craig Omaha Symphony for Villa-Lobos’ BACHIANAS BRASILEIRAS and Previn’s HONEY AND RUE with Mo. Thomas Wilkins, and joined the Milwaukee
Symphony for their New Year’s Eve Gala. She was also a featured soloist on the nationally-televised 75th Anniversary Marian Anderson Celebration Concert in Washington, D.C.

Alyson Cambridge’s prodigious career got off to an auspicious start – as a graduate of the Metropolitan Opera’s Lindemann Young Artist Development Program and Grand Prize Winner of the Metropolitan Opera National Council Auditions, she made her MET debut in 2004 as Frasquita in CARMEN under the baton of James Levine and has since sung numerous roles with the MET over the past seven seasons, including roles in two live HD broadcasts (THAIS and LA RONDINE). Ms. Cambridge received both a B.M. in Voice Performance from the Oberlin Conservatory of Music and a B.A. in Sociology from Oberlin College and continued her studies at the Curtis Institute of Music before being offered a place in the MET’s young artist program. Among numerous awards and prizes, Ms. Cambridge has been awarded First Prize in the Licia Albanese-Puccini Foundation International Voice Competition, was a George London Foundation Award recipient, and won the Régine Crespin Award at the Elardo International Opera Competition.

As part of Alyson Cambridge’s personal mission, and with a strong desire to give back and make an impact beyond the traditional confines of the theater,she lends her time and talent to charities and causes close to her heart,including Sing for Hope, The Humane Society, K9s for Warriors, Hope For Hearts Foundation and American Red Cross. And, as a former athlete and fitness enthusiast, with a penchant for fashion, Ms. Cambridge’s exotic looks (her father is Caribbean/African, her mother American/Scandinavian) have
enabled her to enjoy collaborations with designers for her concert performances and off-stageappearances. She serves as an official brand ambassadress for luxury jewelry and watch designer Chopard and fashion designer Vivienne Tam.