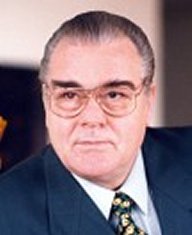 Born: May 28, 1938 – Pirna, Saxony, Germany The German baritone, Ekkehard Wlaschiha, received his musical education at the Musikhochschule in Weimar.

Ekkehard Wlaschiha was a member of the Berlin State Opera from 1982 to 1992. He first came to international prominence at the 1986 Bayreuth Festival in the role of Kurwenal in the revived Tristan and Isolde, conducted by Daniel Barenboim, and in 1987 at the Munich State Opera singing Alberich in The Ring Cycle, with Wolfgang Sawallisch conducting. In the same year he took part in the Munich Opera Festival and made his debut at the Vienna State Opera singing Kaspar in Der Freischütz, a role he repeated at the Teatro Liceo, Barcelona.

In 1988 Ekkehard Wlaschiha sang the role of Alberich in Das Rheingold at the Royal Opera House, Covent Garden, and Alberich in Siegfried at the Metropolitan Opera, New York, where he was immediately re-invited for future seasons. In 1991 he performed in The Ring with Bernard Haitink at the Royal Opera House and sang the roles of Amfortas (Parsifal) and Don Pizarro (Fidelio) for the Metropolitan Opera, with James Levine, taking the latter role to Seville Expo in 1992. In the same year he sang in the San Francisco Opera’s production of Fidelio. In 1993 he returned to the Metropolitan Opera for the Ring cycle, took part in the Zubin Mehta/Everding production of The Ring in Chicago, scheduled until 1996, and in 1994 sang the title role in The Flying Dutchman for the Berlin State Opera. The following year he performed in Der Freischütz, directed by Wolfgang Sawallisch at the Maggio Musicale Festival, Florence.

Ekkehard Wlaschiha has been a member of the Munich State Opera since 1993. He has appeared as a guest at the Opera Festival, Mannheim; the Opera du Rhin, Strasbourg; the Lausanne Festival and has made numerous other appearances in Europe and Japan. He returned to the Metropolitan Opera for their 1997 production of The Ring, for Lohengrin in a new production in 1998 and plans to participate in March/April 2000 for the revival of The Ring, under Levine. In 1998/99 he sang in new productions of Der Freischütz with Zubin Mehta, and Lohengrin with Peter Schneider (and Götz Friedrich), both at the Munich State Opera.

Ekkehard Wlaschiha features in a number of Deutsche Grammophon recordings. He has recorded both ‘Parsifal’ and the complete Ring Cycle with James Levine, has sung Kaspar in Der Freischütz with Sir Colin Davis conducting and Don Pizarro in Fidelio with Bernard Haitink. His most recent recording is a CD of excerpts from Wagner operas for the Berlin Classic label. Ekkehard Wlaschiha has made numerous radio and television appearances.