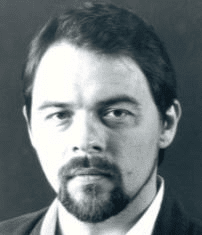 Jørn Pedersen is educated at the Opera Academy in Copenhagen, after graduating from The University of Aarhus and The Jutland Music Conservatory. Recent performances has been Mozart’s Figaro, Escamillo (Carmen), the title-role in Rigoletto, which was a great personal success, Valentin (Faust) and Germont (La Traviata) at the Royal Opera, Copenhagen, and Gunther in Götterdämmerung at Esbjerg as well as numerous concerts and recitals.

Future engagements include Lucifer and den Mystike Stemme/Antikrist at the Rued Langgaard Festival in September 2015.

In season 2009/10 he has performed Frank (Tode Stadt), Lescaut (Manon Lescaut) and Bartolo (Il Barbiere) at DNO and Escamillo at Royal Opera, Copenhagen.
He made his debut in 1993 as Rigoletto at The Danish National Opera and has since then performed many times there, with roles including Don Giovanni, Figaro (Le Nozze di Figaro) and Nick Shadow (The Rakes Progress).

Jørn Pedersen sang Rigoletto at a concert-performance with The Danish Radio Sinfonietta, as well as at The Danish National Opera and Alfio with The Odense Symphony Orchestra and he has at several occasions performed at The Tivoli Concert Hall, in roles such as: Gerard (Andrea Chenier), Rigoletto and Marcello (La Boheme) conducted by Marcello Viotti. At Det Ny Teater he sang Dr. Falke and Eisenstein as well as Count Danilo.

Jørn Pedersen is a frequent performer in concert and recital, in pieces such as: Bach’s Weihnachts Oratorium, Brahms’ Ein Deutsches Requiem and Orff’s Carmina Burana.

He has sung Eugene Onegin and Coppelius, Dapertutto and Dr. Miracle at the Danish National Opera and Faninal (Rosenkavalier). Recent seasons Jørn Pedersen enjoyed great successes as Alfio and Tonio in Cavalleria and Pagliacci.