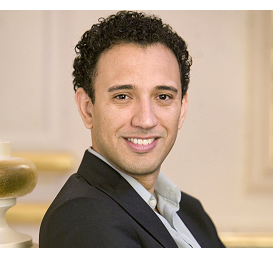 Luciano Botelho Brazilian born, he graduated from the University of Rio de Janeiro, completed a Master degree at London’s Guildhall School of Music and Drama and went on for postgraduate studies at the Welsh International Academy of Voice. Prize-winner of several competitions, he was a finalist in both the BBC Cardiff Singer of the World and the Francisco Viñas Competition.

His debut was as Tamino Die Zauberflöte at the Amazonas Opera Festival and he has gone on to appear in theatres throughout Europe, South America and Australia. Most recently he appeared as Guglielmo Le convenienze ed inconvenienze teatrale at Le Grand Théâtre de Genève and among future plans is a tour of the UK as Leicester Elisabetta Regina d’Inghilterra.

Recent successes include his appearance in Sydney at Opera Australia in his house and role debut as Narciso Il Turco in Italia. His role debut as il Duca Rigoletto at Opera de Rennes, and his debut as Giacomo La Donna del Lago at Grand Théâtre de Genêve with Joyce diDonato. A role he later revived in a new production at Theater an der Wien. Mr Botelho appeared as Almaviva Il Barbiere di Siviglia at the Royal Opera House Covent Garden. And in Japan at Tokyo’s New National Theatre, and sang the role of Don Ramiro La Cenerentola. A role now at the centre of his repertoire at Opéra de Massy, for Glyndebourne Touring Opera and at Malmo Opera.

In Germany, Mr Botelho made his debut at Oper Koeln as Leicester Maria Stuarda and he appears regularly in Stuttgart. Most recently as Elvino in Staatstheater Stuttgart’s acclaimed production of La Sonnambula, which was commercially released on DVD. There he previously inaugurated the role of Orpheé Orpheé et Euridice in a production that was highly lauded and is frequently revived.

Other highlights include his Covent Garden debut as the Intendante Linda di Chamonix in performances recorded by Opera Rara. He appeared under the baton of Jean-Christophe Spinosi at Théâtre du Châtelet in Paris. In the role of Flavio Norma, followed by his Salzburg Festival debut in the same role with Joyce diDonato and Edita Gruberova. He appeared at Opéra Dijon as Nemorino L’Elisir d’Amore .  As Fenton Falstaff in a new production at Opera de Nantes/Angers which also travelled to Rennes.

Mr Botelho graduated with a degree in music from the University of Rio, and completed a postgraduate diploma in vocal studies and the opera programme at the Guildhall School of Music and Drama in London. He later graduated from the Cardiff Academy of Voice under the guidance of Dennis O’Neill, and participated in the 2007 BBC Cardiff Singer of the World Competition.