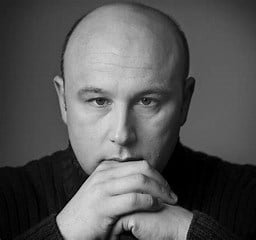 Riccardo Frizza Award-winning Italian maestro  is a galvanic presence on the podium, inspiring performances as exhilarating as they are expressive. Championed by Alberto Zedda, Bruno Cagli, and Gian Carlo Menotti, he is a leading exponent of bel canto repertoire, collaborating with a who’s who of today’s most iconic singers at opera houses from Milan’s Teatro alla Scala to the Metropolitan Opera in New York. In the concert hall, he graces the podiums of such world-class ensembles as the Leipzig Gewandhaus, Rome’s Orchestra dell’Accademia Nazionale di Santa Cecilia, London’s Philharmonia Orchestra, and the Tokyo Symphony, while his extensive discography includes Decca’s Una furtiva lagrima, winner of the 2004 Cannes Classical Award.

Frizza maintains a strong international presence in 2015-16. To launch the new season, he leads back-to-back productions of La traviata and Tosca at Italy’s Teatro la Fenice. After premiering Stéphane Braunschweig’s new staging of Bellini’s Norma at the Theatre des Champs-Elysées in Paris, he returns to the Metropolitan Opera for Donizetti’s Maria Stuarda, with Sondra Radvanovsky in the title role.

Also in Bellini, he concludes the season at the Gran Teatre del Liceu, conducting Elina Garanca and Patrizia Ciofi in the Vincent Boussard/Christian Lacroix production of I Capuleti e i Montecchi that he debuted and recorded at San Francisco Opera. These engagements follow a festival-opening run in Nabucco at Italy’s Arena di Verona, bookended by two new Spanish productions of Otello at Ópera de Bilbao and the Festival de Peralada respectively.

In 2014-15, Riccardo Frizza made his Dallas Opera debut conducting La bohème, which was also the vehicle for warmly received returns to the Met and the Semperoper Dresden. He took the podium for Linda Brovsky’s staging of Rigoletto at Seattle Opera, and led Bayerische Staatsoper productions of I Capuleti e Montecchi and Rossini’s Cenerentola with Lawrence Brownlee. Besides helming a revival of Rossini’s L’italiana in Algeri at the Paris Opera, Frizza joined Roberto Alagna and Dmitri Hvorostovsky for a concert performance of Verdi’s Otello with the Orchestre Nationale d’Ile de France at the French capital’s Salle Pleyel.

After serving as Music Director to the Symphonic Orchestra of Brescia from 1994 to 2000, it was in 2001 that the conductor launched his international career with breakthrough performances at two Italian festivals. At the centennial Verdi Festival in Parma, the composer’s birthplace, he conducted Rigoletto, his first major production, while his appearance at Pesaro’s star-studded Rossini Opera Festival drew the notice of Juan Diego Flórez and many other singers with whom he would forge key connections.

Under Menotti’s mentorship, Riccardo Frizza led an award-winning Macbeth at Italy’s Spoleto Festival in 2002, prompting Italian daily Il Sole 24 Ore to hail him as “the new Verdi conductor of his generation.” After his triumphant return to the Rossini Opera Festival for Matilde di Shabran two years later, there followed a succession of important debuts.

In 2009, Riccardo Frizza led Rigoletto at the Met and Don Giovanni at the Theater an der Wien, with Erwin Schrott in the title role. Two years later, he conducted Renée Fleming in Donizetti’s Lucrezia Borgia at San Francisco Opera, followed by La Cenerentola at the Paris Opera (2012) and Verdi’s Oberto at La Scala (2013).

As the first staging of Verdi’s operatic debut in 35 years, this last marked a major career milestone for the conductor and proved a notable critical success. Subsequent landmarks include his leadership of the Met’s La bohème, featuring Bryan Hymel (2014) and of the Metropolitan Opera Orchestra and a host of operatic luminaries in 2013’s centennial Richard Tucker gala at Lincoln Center, which later aired on PBS as Richard Tucker at 100: An Opera Celebration.

Beyond the opera house, Riccardo Frizza followed his Brescia directorship with a number of significant international orchestral collaborations. Under Menotti’s guidance, he made his acclaimed debut with New York’s Juilliard Orchestra in 2001, and led his first full symphonic concert with the Philharmonia Orchestra at London’s Royal Festival Hall the following year.

Over the course of his concert career, the conductor has undertaken concerto collaborations with many of today’s foremost instrumentalists, violinists Joshua Bell and Ray Chen, cellist Steven Isserlis, and pianists Hélène Grimaud and Simon Trpceski among them.

A passionate educator, Riccardo Frizza has given masterclasses at the Milano Music Master School, Bologna’s School of Italian Opera, and Barcelona’s Third “Eduard Toldrà” Orchestral Conducting Course. Several of his former students, including Michael Balke and Diego Martin Etxebarria, have gone on to launch professional careers.

After learning harmony and counterpoint with Elisabetta Brusa at the Conservatorio di Musica Giuseppe Verdi in Milan, Riccardo Frizza studied conducting with Gilberto Serembe at the Music Academy of Pescara and Gianluigi Gelmetti at Siena’s Chigiana Academy.

Riccardo Frizza made his first professional appearance with the Soloists of Prague in 1993, five years before taking first prize in the Czech Republic’s International Competition of South Bohemia State-Philharmonic Conductors. With his wife, Spanish soprano Davinia Rodriguez, he currently lives in Brescia, Italy.