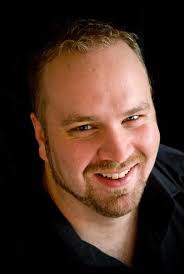 Robert has been a recipient of many prestigious awards and scholarships including a grant from the Winspear Fund to aid in his studies at the University of Western Ontario. He was a recipient of the Johann Strauss Foundation Scholarship for Advanced Studies in Austria where he furthered his training in Salzburg with world-renowned Canadian soprano, Edith Wiens.

Robert earned his Bachelor of Music degree from the University of Alberta in 2006 and went on to complete a Masters of Music in Literature and Performance at the University of Western Ontario with Theodore Baerg in 2008. While there, Robert received the London Opera Guild Scholarship, the Western Graduate Research Scholarship, an Ontario Graduate Scholarship and was a finalist in the London Music Scholarship Foundation Competition. After his Masters degree he was invited to spend 2 years in the Calgary Opera Emerging Artists Development Program.
Robert is also an active voice teacher, adjudicator and father of four beautiful children.